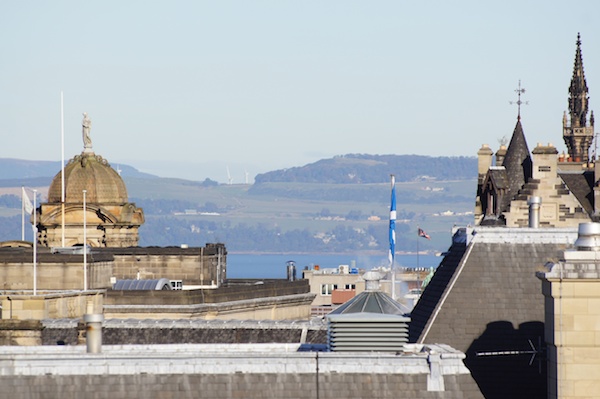 Friends of the Earth have organised an event taking place in the capital this evening at the Macdonald Holyrood Hotel along with the STUC and the Institute for New Economic Thinking who have been holding a conference here this past weekend.

The event, ‘Building the Future: Investment for the Just Transition to a Low-Carbon Economy’ will hear from leading economists Lord Adair Turner and Professor Mariana Mazzucato who welcome the Scottish Government proposals for the new Scottish National Investment Bank. At a conference in Edinburgh later they will say that the country’s economy could be transformed through large scale investment while transitioning to a low carbon economy.

A public consultation is now underway on the new bank and the government has said it will “seize the economic opportunities of tackling climate change”.

Mariana Mazzucato, Professor of the Economics of Innovation and Public Value at University College London and a member of Scotland’s Council of Economic Advisors, commented,
“I welcome strongly the decision to establish a Scottish National Investment Bank. It shows that the Scottish Government is looking seriously at ways to increase flows of investment and to direct them to support key public policies like reducing greenhouse gas emissions, increasing productivity and building an inclusive economy. There is a lot of experience from other countries of what works and what doesn’t and if we draw from that, the bank can make a real difference to Scotland’s economy.”

Lord Adair Turner, who is chair of the Energy Transitions Commission and the Institute for New Economic Thinking; and formerly chair of both the Financial Services Authority and UK Committee on Climate Change, commented : “All economies need to make an energy transition, to accelerate change towards low-carbon systems, and our Energy Transition Commission has looked at how to make that happen. It will need a joined-up public policy framework, and I am pleased to see that emerging in Scotland, and a big shift in patterns of investment. I hope I can contribute some understanding of how to do that”.

Richard Dixon, Director of Friends of the Earth Scotland, commented : “The new Scottish National Investment Bank could work to help fund the investment that moves us to a low carbon economy. If the bank develops the right remit, it could create thousands of green jobs by transforming our transport, heating, housing and electricity. By working closely with the recently unveiled Just Transition Commission and government-owned energy company they can deliver a joined up economic strategy that puts tackling climate change at its heart.

“We look forward to opportunities to talk with the Scottish Government about how we make this bank fit for the future. It should be tied into plans for a just transition, and its governance needs to draw in voices from the workforce and the environmental sector”.

Event organisers STUC have urged the Government to plan for a transition to a low carbon economy in a way that is fair for workers and communities affected.

STUC General Secretary Grahame Smith said: “A Scottish Investment Bank should support the generation of good jobs and stimulate a new, green, industrial base for Scotland. It should be ambitious in its investment plans which, if wisely governed, could help transform our economy. We must remember however that workers currently in sectors reliant on fossil fuels must also be protected and meaningful support must be provided to help them redeploy to new sectors and take advantage of opportunities offered by the low carbon economy.

“It is also imperative that every investment made by the bank honours the principles of fair work and that the jobs developed are high quality, providing security, respect, and an effective voice for every worker. We look forward to working with the Scottish Government to ensure that the new bank functions effectively and to that end, its governance should include representatives of trade unions and the environmental sector in order ensure a just transition.”

Tickets for the FREE event are here.