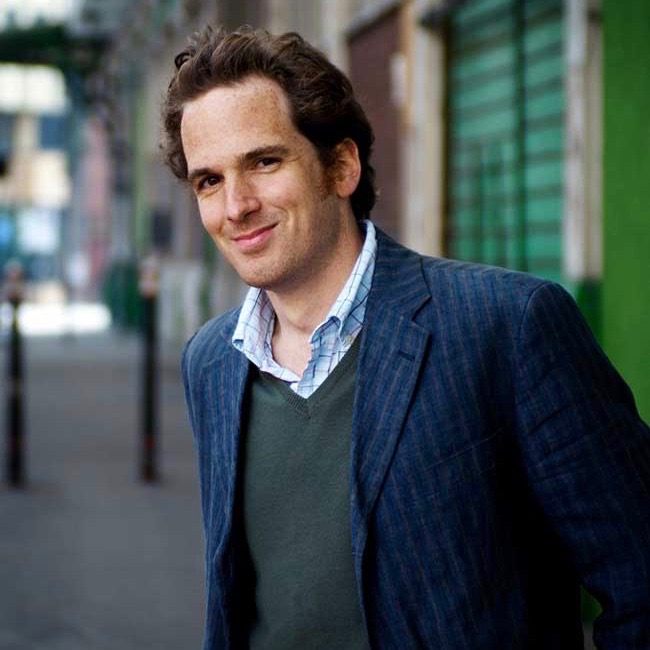 Could you tell us a little about your background?

I actually started as a carpenter many years ago, as I love getting my hands dirty in conserving old buildings. I hold an MA in Medieval History and Russian Language and an MSc in Historic Conservation. I began my career working for UNESCO’s Division of Cultural Heritage in Paris, and then went on to become secretary of SAVE Britain’s Heritage. I have been EWH’s Director since April 2008, and have a particular interest in the sustainable management of historic cities. Could you tell us something about the history of Edinburgh World Heritage?

By the 1960s parts of Edinburgh’s New Town were in a very bad condition, and there was a clear risk that many historic buildings could be demolished. The Edinburgh New Town Conservation Committee, the forerunner of Edinburgh World Heritage, was formed in December 1970, to offer grants to help home owners with the cost of repairs to their historic homes which were often in a very poor state of repair. The first director was Desmond Hodges O.B.E., one of the great figures in historic building conservation, called by some the ‘saviour of the New Town’.

The first completed project was at 23 Fettes Row, and was officially unveiled by Queen Elizabeth the Queen Mother in 1975. Based on the successful work of the New Town Conservation Committee, the Old Town Renewal Trust was established in 1991 with similar goals. As a direct result of the success of these two organisations, the Old and New Towns were awarded World Heritage Site status in 1995. In 1999 the New Town Conservation Committee and the Old Town Renewal Trust merged to form Edinburgh World Heritage.

Since 1975 we have completed almost 1,500 projects within the World Heritage Site, including historic tenements, New Town houses, major architectural set-pieces, public realm improvements, as well as interpretation and educational projects.

What are your main priorities today?

We are focused on trying to ensure that the city’s World Heritage status is a dynamic force that benefits everyone. We really try to connect people to their heritage in everything we do – whether through the conservation of historic buildings, delivering improvements to the public realm, or engaging people directly with the rich heritage of their city.

At the moment we are working a very diverse set of projects – everything from the restoration of the Old Town Closes, to conserving major architectural set pieces such as the City Observatory and New College, to projects such as ‘Edinburgh in 101 objects’ which attempts to engage a broad audience in heritage of the city.

We have also been recently awarded funding for two important pieces of international work.  One is to support the restoration of the historic cities of Mardin and Diyarbakir in a region of Turkey that has suffered as a result of the recent escalation of violence and political uncertainty. The other is a major international project to investigate how Europe’s historic cities, many of them World Heritage Sites, can achieve a sustainable future. This three-year project groups Edinburgh, with Porto, Santiago de Compostella, Bordeaux, and Florence.

What keeps you awake at night concerning the World Heritage Site?

Another is the contribution of new development to the city. The challenge here is to ensure that development takes appropriate account of Edinburgh’s the unique qualities. Recent new developments such as the St James Centre has divided opinion, and many people are hoping for architecture that is more respectful of the Old and New Town context in the future.

What about the impact of visitors to the city?

As we welcome our influx of summer visitors, it’s good to remember that Edinburgh has always attracted large numbers of people, drawn here for both business and leisure. Today, Edinburgh is the UK’s 2nd most important tourist destination and receives around 4 million visitors a year, who generate £1.3 billion for the local economy and support 30,000 jobs. While the increased number of visitors to the World Heritage Site is viewed by most people as a positive development, we do need to ensure that we strike the right balance between the tourist economy, and the needs of the local community. These concerns range from short-term holiday lets to the ability of services to cope with fluctuations in visitor numbers during the year. The residents of the Old Town particularly feel that that their communities are under attack.

What are your thoughts about the future?

I do believe that Edinburgh’s Golden Age lies ahead of us. We are a beautiful, compact, historic city which enjoys a high quality of living. My mission is to ensure that the city’s heritage – both tangible and intangible – is preserved and continues to contribute to the rich life of our thriving capital city.