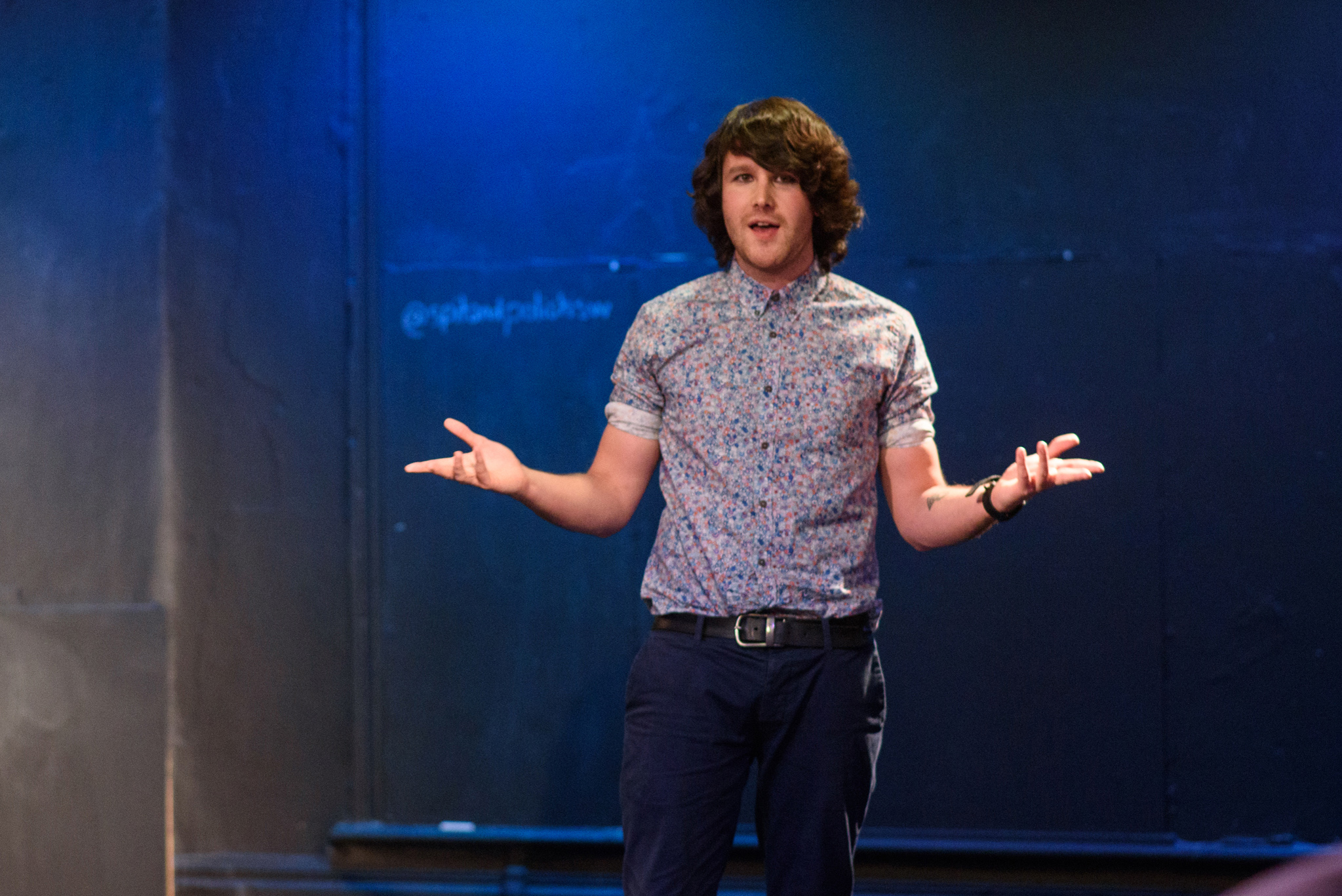 Native to a city that voted 66% leave, Wakefield-born Abbott strives to illuminate and explore the chaos behind Brexit. As his poetry strays from council estates to the Calais jungle he explores the aftermath of the Thatcher years taking in overnight pie shops and MegaBus marathons in a deeply personal, and bang up to the minute politically aware show.

Using razor sharp wit, storytelling and linguistic flair this is poetry for the underdog from one of our leading new voices, presented in an engaging, accessible style that acts as an invitation and welcome mat for those new to poetry. A visceral, warm and engaging, spoken word experience that follows the success of his 2015 Fringe début ‘Matt Abbott is Skint & Demoralised’.

No sloganeering ranter, Matt is also an activist and supporter of several causes. In 2016 he toured the country in support of the Labour Party and volunteered at the Calais jungle. He’s an ambassador for Trinity Homeless Projects, CRIBS International and Eureka! The National Children’s Museum and Poet-in-Residence at the National Coal Mining Museum of England.