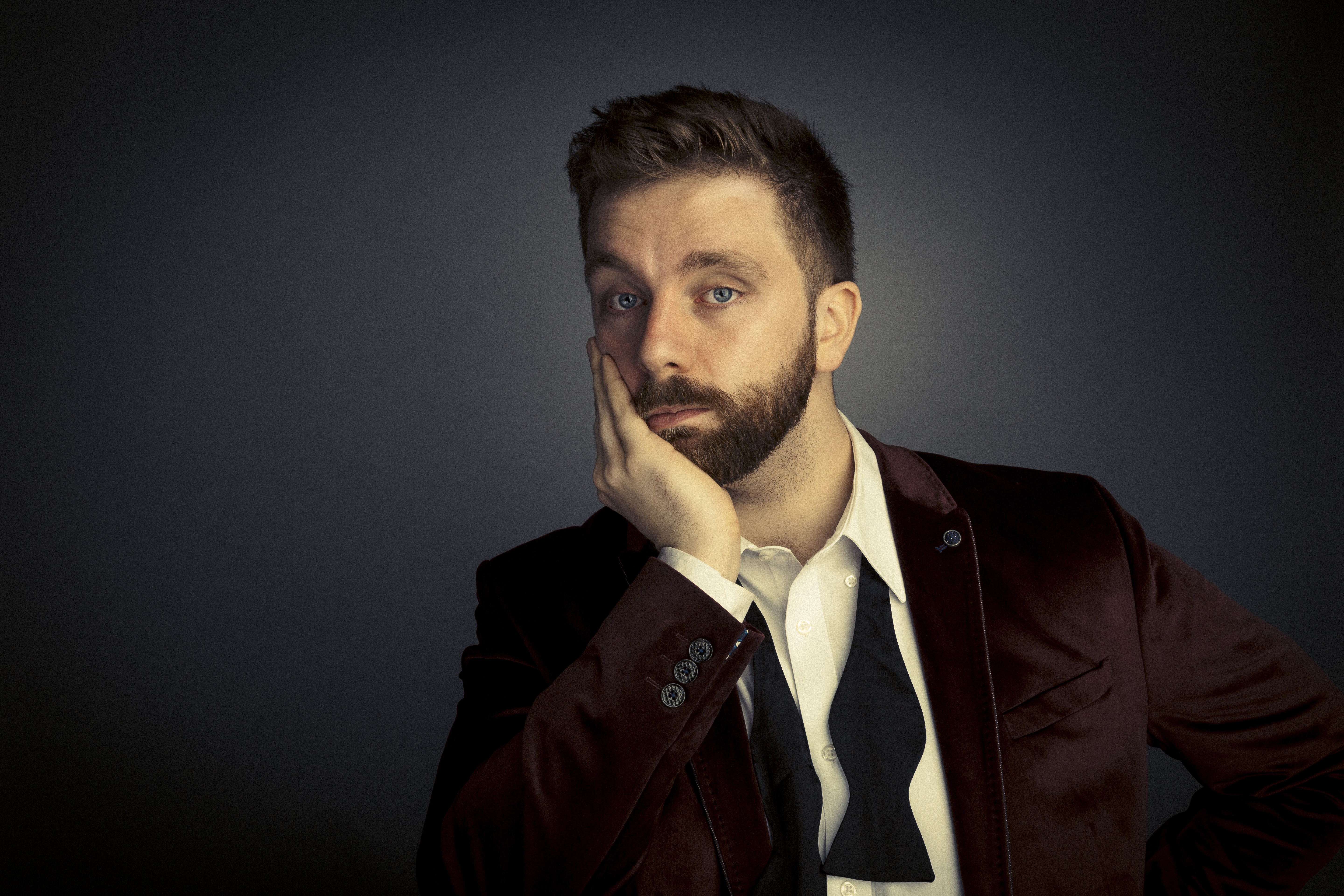 Multiple Chortle Award nominee and star of The Mash Report, Pierre Novellie brings an American-style hour of high-quality stand up comedy to the Fringe. A sincere attempt to recreate the best of what the medium has to offer: catharsis, exploring taboos, the admission of sins and, most importantly, laughter.

If you think you hate observational comedy, Pierre Novellie does the kind of obser-
vational comedy that you’ll love, with a reasonable level of whimsy and light anec-
dote.

Pierre Novellie is one of the best up-and-coming comedians in the United Kingdom. In his debut year, Pierre was nominated for the Amused Moose Comedy

Award and Best Debutant for The Skinny Awards in 2013, the year in which he
won the Amused Moose Laugh-Off. In 2014 he was nominated for industry web-
site Chortle’s Best Newcomer award.

His 2015 Edinburgh show, Pierre Novellie is Anxious Peter, was received well by
audiences and critics alike, with The Scotsman, Chortle, The List and Broadway
Baby (among others) all giving it 4 stars, in 2016 Pierre Novellie is Cool Peter
also received a number of 4 star reviews including from The Times and 5 stars
from Three Weeks and One4Review.

Pierre was nominated for Best Club Comic at the 2016 Chortle Awards and ap-
peared in the Channel 4’s Comedy Blap Outsiders later that year. He was also a
guest on BBC Radio 4’s The Rest is History hosted by Frank Skinner.

Other highlights include appearing on the Joke Thieves pilot for BBC Two opposite Mar-
cus Brigstocke, BBC Three’s Edinburgh Comedy Fest Live and 4OD’s comedy
series Taxi Gags. Pierre’s writing credits include ITV’s Newszoids, Adam Bux-
ton’s Shed of Christmas. Meanwhile, on the theatre circuit, Pierre has opened for
Gary Delaney and Hal Cruttenden on their national tours and will be supporting
Dave Gorman later this year.

Pierre was recently nominated for the Best Club Comic 2017 award by Chortle,
his third nomination in a row and second for Best Club Comic. Pierre has a regular
podcast called My Favourite Podcast available on iTunes. He will appear in BBC
Two’s The Mash Report later this year and on Comedy Central’s Stand Up Cen-
tral.