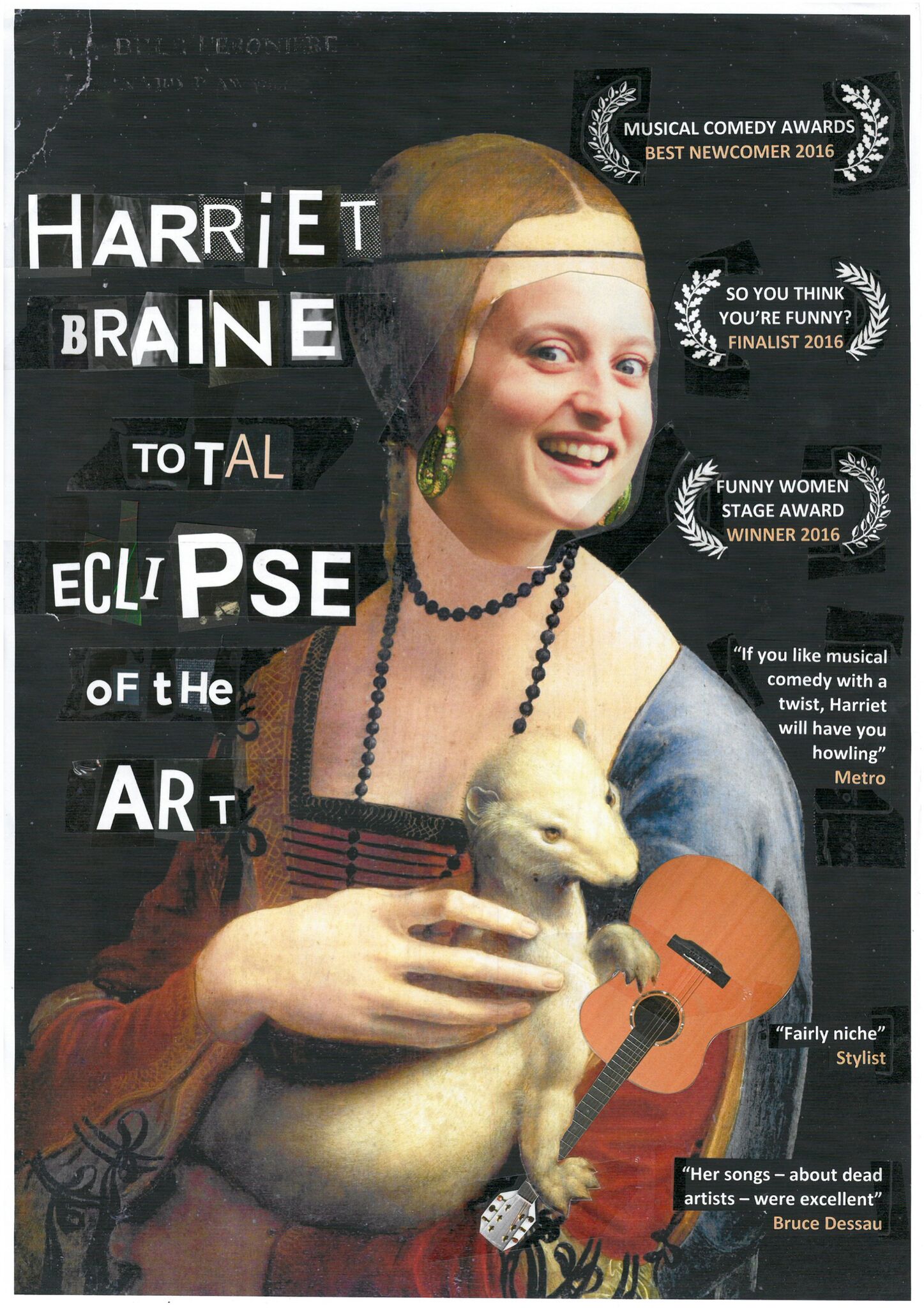 The 2016 Funny Women Stage Award winner and So You Think You’re Funny? finalist of the same year, Harriet Braine, believes that art history delivered through the medium of parody song is the only possible remedy for the broken hearts and minds of a broken world.

Musings upon current politics and philosophy, along with insights into her utterly fascinating per- sonal life, Harriet’s much admired art history songs are tied together into a hilarious and educa- tional debut hour, taking you on a journey through time and the art world with her to Paris, Mexico City, New York, Barcelona and…Croydon.

As seen on BBC 100 Women Season, and one of Metro’s nine hilarious women to look out for in 2017, Harriet has been published in Chortle, interviewed for Standard Issue magazine, and was named Best Newcomer at the Musical Comedy Awards 2016 with only a handful of gigs under her belt. She has performed at such diverse venues as Up the Creek comedy club, the Southbank Udderbelly and the Victoria and Albert Museum. She regularly headlines at some of London’s best comedy and cabaret nights, and 2017 marks her full Edinburgh Fringe solo hour debut.