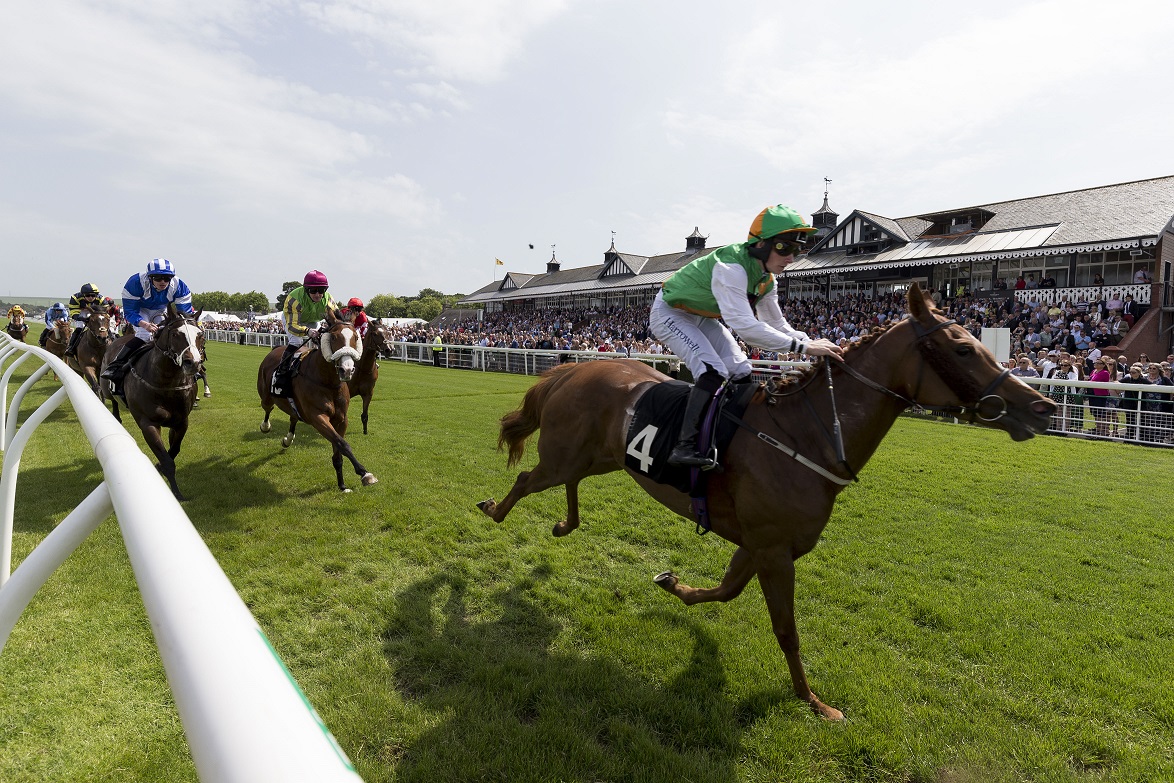 This weekend there is some high class horse racing to look forward to on Saturday.

The Edinburgh Gin Edinburgh Cup has attracted some of the UK’s top three-year-old stayers to Musselburgh Racecourse on Derby Day.

The East Lothian course have also added a new Class 1 Listed Race to the fixture, the £40,000 The Edinburgh Gin Maggie Dickson Fillies’ Stakes over seven furlongs. Total prize money on the day tops £180,000 and with advance ticket sales up 30 per cent on last year, Musselburgh Racecourse chief executive Bill Farnsworth is hoping for a 7000 attendance on Saturday.

In the 3.25pm feature race, The Edinburgh Gin Edinburgh Cup, trainer Mark Johnston will be hoping for a fourth win from his five entries, which includes top-weight Sofia’s Rock, a winner at Haydock last Saturday.

Carluke-based Keith Dalgleish landed this valuable prize two years ago with Tommy Docc and he is triple-handed, with jockey Graham Lee already booked for Euro Nightmare, a winner over 9f at Musselburgh earlier this month. Sir Mark Prescott has stable jockey Luke Morris on Alabaster who is on a hat-trick after wins this spring at Chelmsford City and Kempton.

The Edinburgh Gin Maggie Dickson Fillies’ Stakes (2.50) has attracted a quality initial entry of 19 fillies and Ed Dunlop-trained Same Jurisdiction has the highest BHA rating of 107 and has Grade 1 winning form in South Africa and seven wins from her 16 races. Also entered is Realtra, trained by Roger Varian in Newmarket, and the winner of a valuable race at Lingfield on Good Friday.

In the 2.15 ebfstallions.com Edinburgh Castle Stakes, Bryan Smart is looking for his third win in this event, and has another smart juvenile entered in the shape of Excellently Poised, a recent course and distance winner which is co-owned by Sir Alex Ferguson. Other entries include Consequences from the powerful David O’Meara yard who was a close second on his debut at York a fortnight ago.

Racecourse manager Bill Farnsworth said: “We are delighted with the quality of entries which feature some cracking horses from the leading UK stables. By increasing the distance from one and half miles to 1m ¾ we are laying the ground for the Edinburgh Cup to be the ideal preparation for three year old stayers heading to Royal Ascot for a shot at the prestigious Queen’s Vase Stakes, a Group 2 contest.

“We have been awarded a new Listed Race and are excited about establishing The Edinburgh Gin Maggie Dickson Fillies’ Stakes as a quality race for some of the country’s best fillies. This really adds to the overall quality of the Edinburgh Cup Race Day and with the Epsom Derby screened live on our big screens, the atmosphere from a 7000 crowd will be electric.”

Following the last race at 5.30pm, BBC radio DJ Sara Cox will provide the entertainment at an After Race Party at the Stage Marquee.

An Early Bird offer of a £5 discount on the £40 admission price in available until Friday 2 June. Gates open at 11am and the first race is off at 1.40pm.