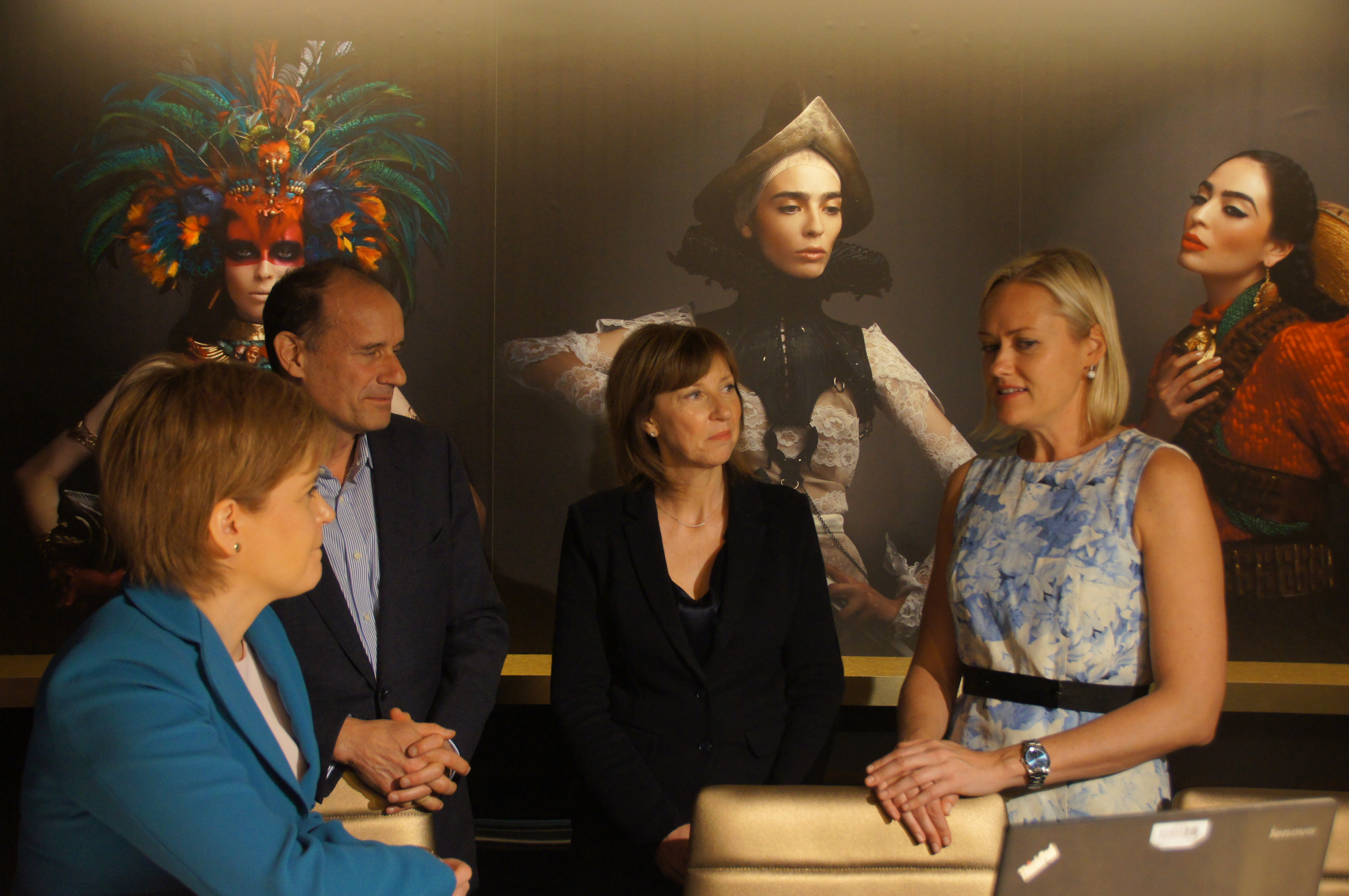 Recently in New York First Minister Nicola Sturgeon welcomed plans by Marriott International, who will open seven new hotels in Scotland in the next four years.

This will include the W Edinburgh which is part of the Edinburgh St James development.

The hotel company said that their growth in Scotland over the next four years is due to their confidence in Scotland’s strong economy and tourism sectors.

The First Minister toured Starlab, Marriott’s Design & Innovation Studio, which combines teams from digital, luxury, marketing, and design to cross-collaborate and ‘test’ new technologies, such as keyless room entry, of which W Hotels was a pioneer.

She was also briefed on plans to more than triple the Moxy Hotels portfolio in Scotland, going from one to four hotels in the next two years.

The Edinburgh Reporter was in New York and saw a little of the Starlab too!