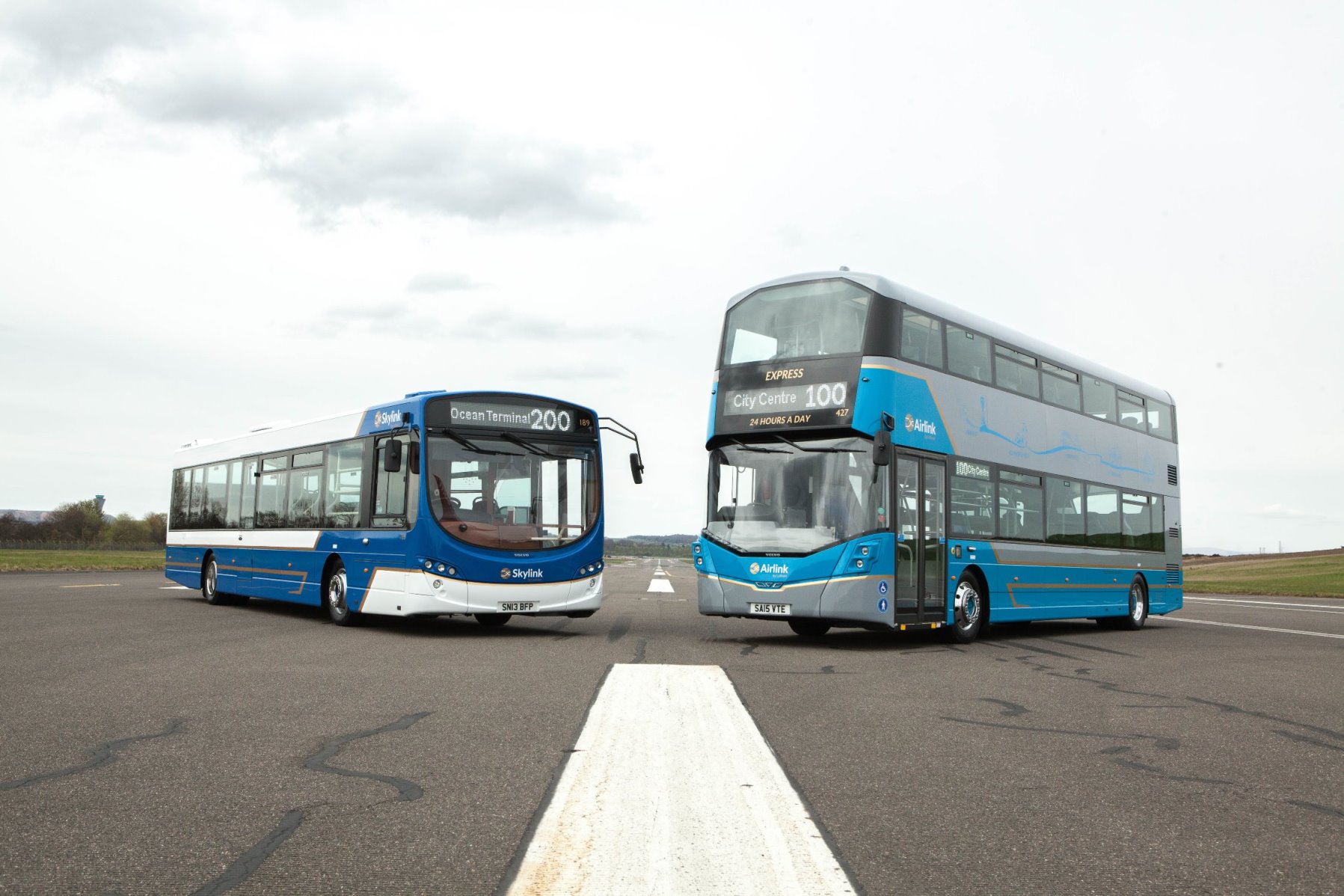 There is a new bus route being launched from Ocean Terminal to Edinburgh Airport, offering an alternative to those living in the north of Edinburgh from 23 April 2017. The Lothian Buses Skylink service will be a convenient way of beginning a business trip or holiday without needing to drive. It is also hoped that the new service will  be used by the Airport’s employees, airline crew and RBS staff looking to travel to Gogarburn.  Students attending Edinburgh College will also be able to use the service which runs from 4am till midnight.

Edinburgh Airport is Scotland’s busiest airport and one of the fastest growing airports in the UK, especially for international flights. In the last ten years it has invested £219m in new facilities, including £25m on the landside terminal extension and security hall. “It is important that Lothian support this through the growing demand from air travellers for a direct, reliable, value for money service, and in response we are significantly investing in our airport services. The introduction of our new Skylink service will broaden travel options for our customers and increase onward connection opportunities.

“We’ve worked in partnership with the airport’s management over many years to ensure that whether people are flying for business or pleasure, their whole journey is a positive experience from end to end.”

The specially refurbished and newly liveried vehicles will provide a high quality, reliable and comfortable service for customers. They feature Wi-Fi, next stop audio announcements and ample luggage space.

“Working in partnership has helped deliver the Skylink Service and it sets a benchmark for organisations as we look to attract more people to this great city to create jobs and grow the economy.”

The company also announced it will be making significant investment in a new fleet of vehicles for its current Airlink service later this year as customer journeys taken continue to mirror the Airport growth.

The service 200 will operate from Ocean Terminal through Newhaven, Granton, Clermiston and Drum Brae every 30 minutes between 4am and midnight.