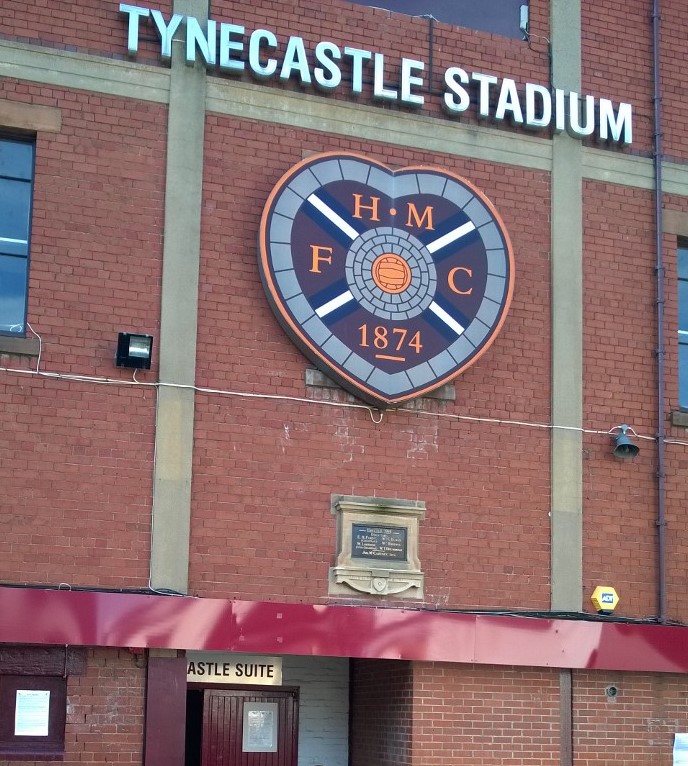 It’s less than three years since Ann Budge took over as Hearts Chief Executive and Chairperson and immediately began implementing the changes she believed were required to take Edinburgh’s biggest and most successful club back to the top of Scottish football. Some of Budge’s decisions when she took over were clearly unpopular with a section of the Hearts support, in particular the decision not to retain the services of then Head Coach Gary Locke. However, it is clear strategic decisions regarding the long-term future of the club had to be made.

The Edinburgh Reporter takes a look back at Ann Budge’s subsequent statement which was released on the official Hearts website in May 2014 and reflects on the progress made.

“Next season cannot simply be about getting back up into the SPFL. Of course, we will be striving for that, but we must take a longer-term view and build for the future. One of the key objectives of the new Board is to put in place a Coaching Education Programme that is second to none in Scottish football. Only by doing so, can we realistically attain the continual year-on-year improvement we are striving for and that will add to the value of the players and the club alike, and help to secure our future. This means change on a fairly major scale. Not everyone will agree with all the changes being put in place, but we must address the issues at hand with our heads and not our hearts. We have made these tough decisions after much deliberation and much discussion. All we ask is that you give the new management team time and we will show we can deliver.”

Progress:  Hearts returned to the top flight of Scottish football in highly impressive fashion. Not only did they return in their first season ‘downstairs’ but they romped to the Championship title, leaving rivals Hibernian and Rangers trailing in their wake. Hearts didn’t taste defeat in the league until February. Report Card: A plus “It was clear from my earliest visits to Tynecastle and my earliest meetings with senior staff that the company, Heart of Midlothian plc, was, in every sense of the word, “broken”. There was no overarching strategy for how the business should be run. For far too long, there had been no clear leadership. This coupled with the sole focus on day to day survival had left the club in a sorry and perilous financial state. This led to a fundamental disconnect between the various departments and a mountain of issues to be resolved. Add to this, the under-investment in various parts of the business and the current financial position, and we have a “broken” Hearts. We must all realise that there is no quick fix for these problems. One thing is very clear. We have come far too close to losing our very existence and we must never allow this to happen again. We must grasp this opportunity to start afresh; to put in place solid foundations that will ensure we never again risk our 140 years of history”

Progress: Ann Budge’s leadership has been a defining aspect of Hearts success since the dark days of administration. Off the field the club continues to make considerable progress and the club’s integrity, professionalism and status in Scottish football has been resurrected following the embarrassment of the Romanov years. Report Card: A plus “We must make changes. We must stop thinking short-term. We must completely revitalise and re-focus the football side of our club. We have some excellent young players, who have done us proud in the last season. We owe it to them to create an environment that will help them to continue to flourish and develop. This will take time, patience and the continued loyal support of Hearts’ dedicated fan base. We will implement strategies to grow and strengthen the club. We will live within in our means to ensure that the future of the club is never again put in jeopardy. We must ensure we have a clear footballing strategy that drives every aspect of our game; everything from who we recruit into our club, from youth academy through to first team players; how we approach coaching, at all age groups and all levels; how we undertake training… and indeed, what kind of football we play at Hearts. There must be a totally cohesive plan that ties all aspects of our club together. Everyone must be pulling in the same direction.”

Progress so far: ‘the kind of football we play at Hearts’ has not exactly been enthralling in recent weeks. Robbie Neilson said during the early part of his tenure that he would never resort to the long ball game. But he did. The signing of Conor Sammon was a huge mistake but the long ball is still played all too often to Bjorn Johnsen and, more recently, Isma Goncalves. As for everyone pulling in the same direction I suspect club captain Perry Kitchen isn’t too happy at being left out while former striker Juanma fell out with the club as did former goalkeeper Neil Alexander. Report Card: C – could do better. “Craig Levein will join the club with immediate effect and will assume total responsibility for everything to do with the playing side of the business. He will be responsible for putting in place an end-to-end strategy for how we are going to implement a youth-driven playing policy within the club.”

Progress so far: The ‘youth-driven playing policy’ is up for debate. The likes of Jamie Walker, Sam Nicholson and Callum Paterson, before his injury, continue to thrive at Tynecastle. Goalkeeper Jack Hamilton has been given his opportunity this season but it’s unclear if this was through choice or necessity (Neil Alexander left the club in acrimonious circumstances at the end of last season) Liam Smith and Rory Currie have made sporadic appearances in the first team this season but the club’s playing policy, particularly since returning to the Ladbrokes Premiership, appears to be drafting in foreign imports, some of whom, it has to be said, are of dubious merit. Report Card: C – could do so much better

“A number of the decisions we make over the next few days and weeks will be driven by finance. We have to ensure we live within our means. All of the decisions have been taken with a view to ensuring the future stability of our club.”

Progress so far: Thanks to the continued support of the fans through the generous donations of the Foundation of Hearts and increased attendances – Hearts play in front of a full house at Tynecastle most games – the financial catastrophe of the Romanov regime seems like a million miles away. True, the take-over of the running of the club by the Foundation of Hearts has been rescheduled as Hearts work on delivering a new main stand fit for the 21st century. But Hearts are certainly living within their means once more. There’s no reason to doubt Mrs Budge’s assertion that financial stability is paramount. Report Card: A plus

Overall, Hearts are in a much better position both on and off the field than when Ann Budge took over in May 2014. But they are still very much a work in progress. Hearts finished in third place in the Ladbrokes Premiership last season and Mrs Budge intimated that anything less than a third place finish this season would be classed as failure. At the time of going to press, Hearts will be doing well to achieve a top four finish. Robbie Neilson departed for the third tier of English football in December and the appointment of his replacement, Ian Cathro, has been contentious.

And this is, perhaps, where some Hearts fans feel progress has stagnated somewhat. Director of Football Craig Levein signs the players and appoints the Head Coach. Robbie Neilson had his critics – it’s about a year since some fans hired a light aircraft to fly over Tynecastle trailing a banner which read ‘No Guts. No Style, Neilson Out’ – and it’s fair to say Cathro has still to win over the fans. Two Scottish Cup defeats to rivals Hibernian in the space of a year hasn’t helped the mood of the supporters. Both ties were imminently winnable – and the feeling persists the balance of football power in Edinburgh has swung to Leith.

Ann Budge has been described as the ‘Queen of Hearts’. Her subjects are loyal and passionate about their club. It is hoped their loyalty and passion will be rewarded sometime soon.