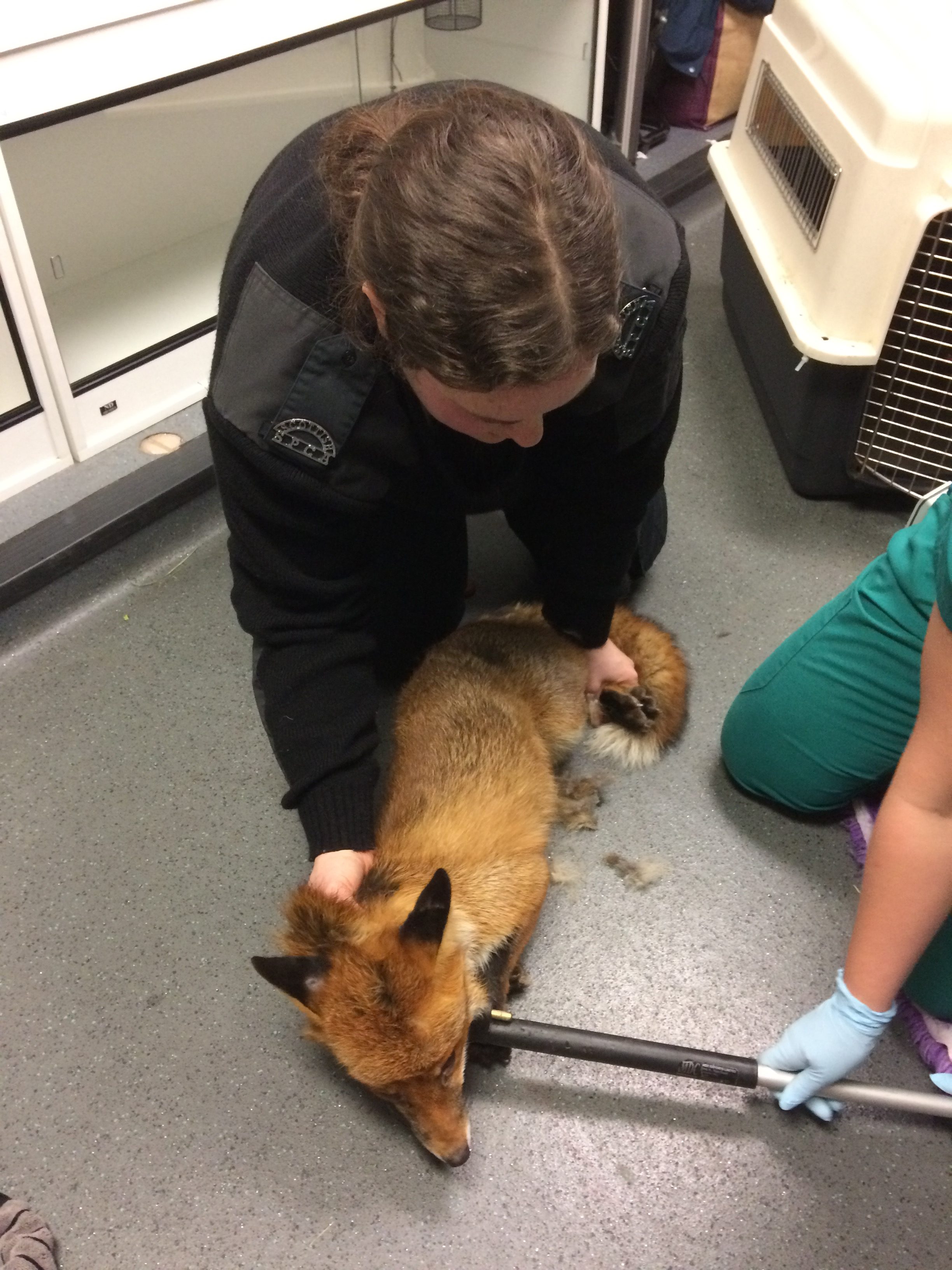 The Scottish SPCA is appealing for information after a fox was cut from a snare in the Midlothian area.

Scotland’s animal welfare charity was alerted after a member of the public found the fox trapped in a snare that was set on a fence and was struggling to free itself.

Animal rescue officer Fiona Thorburn attended to the fox which had been furiously trying to get free. Fiona said, “The fox made a lucky escape, he wasn’t too badly injured thanks to a member of the public finding him while walking his dog.

“He’s been taken to our National Wildlife Centre in Fishcross to recover from his injuries and he’ll be released back into the wild once he’s fit and well again.” An undercover inspector from the charity’s Special Investigations Unit said, “We are looking to raise awareness about the dangers of these snares. There is strict legislation to adhere to when setting a snare in order for it to remain within the law and failure to comply with these conditions could result in an animal becoming injured or killed and could constitute a criminal offence.

“If anyone does find a snare, we ask that you leave it untouched and to contact us if you believe it to have been set illegally. “In this case the fox has managed to avoid serious harm, but snares that are set in an illegal manner will tighten as the animal moves, so if they can’t get free it’s wholly possible for them to be strangled.

“The snare in this case will have been set illegally. They are likely to be attached to the bottom rung of a wire fence and are not fitted with any stops or tags which is a legal requirement for snares.”