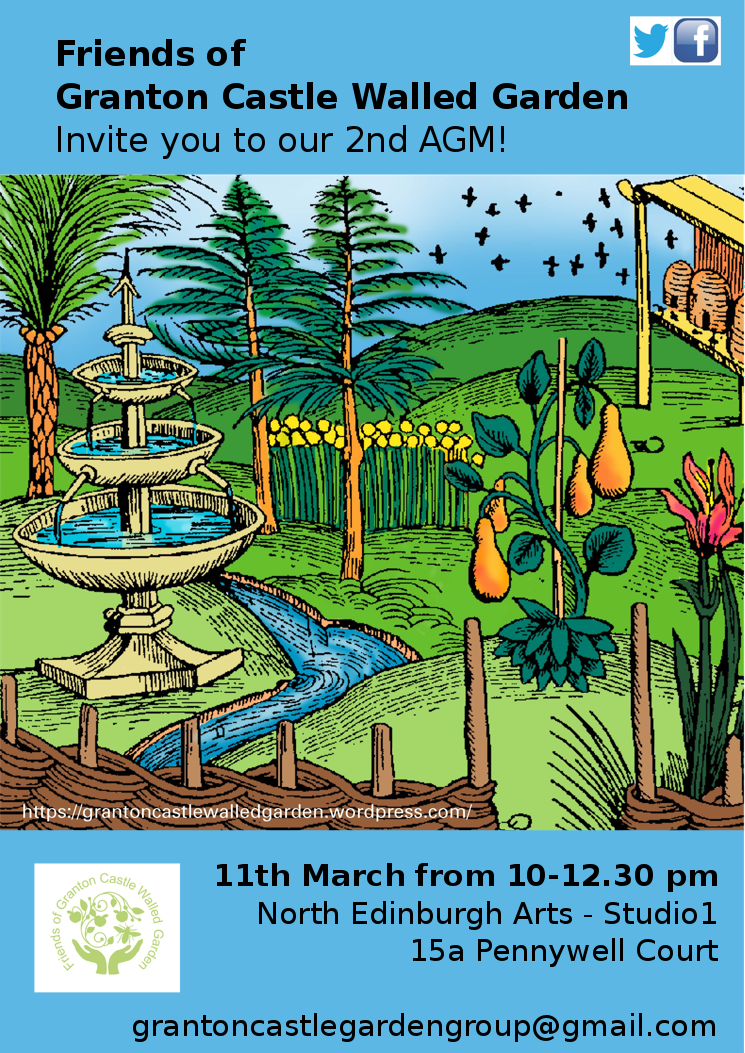 The AGM of the Friends of Granton Castle Walled Garden will be held on 11 March 2017.

This last year has been momentous for the Friends Group as they now have the green light  and they will be using the walled garden along with the EDI Group who plan to develop the site.

The group were allowed to visit the historic site in January, the first time since 2013, to assess the condition and begin planning some activities for the first half of this year.

According to their spokesperson : “The garden hasn’t changed much in terms of its condition since 2013 but EDI Group are now undertaking repairs to make the garden safe and accessible in the near future.”

One of the first steps the group want to take is to put in a new door in the original West wall so that they can gain easier access to the garden for work in the future.

The glasshouses are sadly neglected and will have to be demolished, so the group plan to install a poly tunnel.

The group also has a crowdfunding page to raise much needed funds to help with their plans to develop the garden into a community space ‘to grow, learn and dream together’.