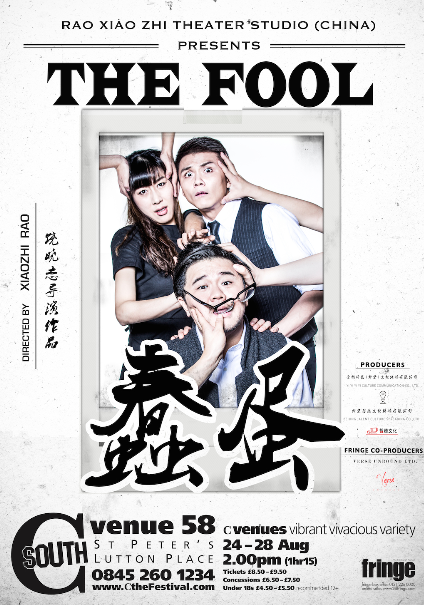 In an imaginary future, the State’s most popular live show is reaching its grand finale. Three candidates, condemned by Kevin’s Bill, are trying their hardest to prove their foolishness in order to win your favour and their freedom.

Triggered by reports of publicly demonised victims – and viewers’ obsession with reality shows – The Fool is a fable whose revelry investigates some of the most concerning yet prohibited issues in modern China. These include the power of the media, the effect of public opinion, and commercialism and rebellion, to mention but a few.

Often coupled with black comedy and absurdity, Rao’s plays are particularly insightful of the phenomena which arose during the modernization of China, and are inspirational to the new generations.