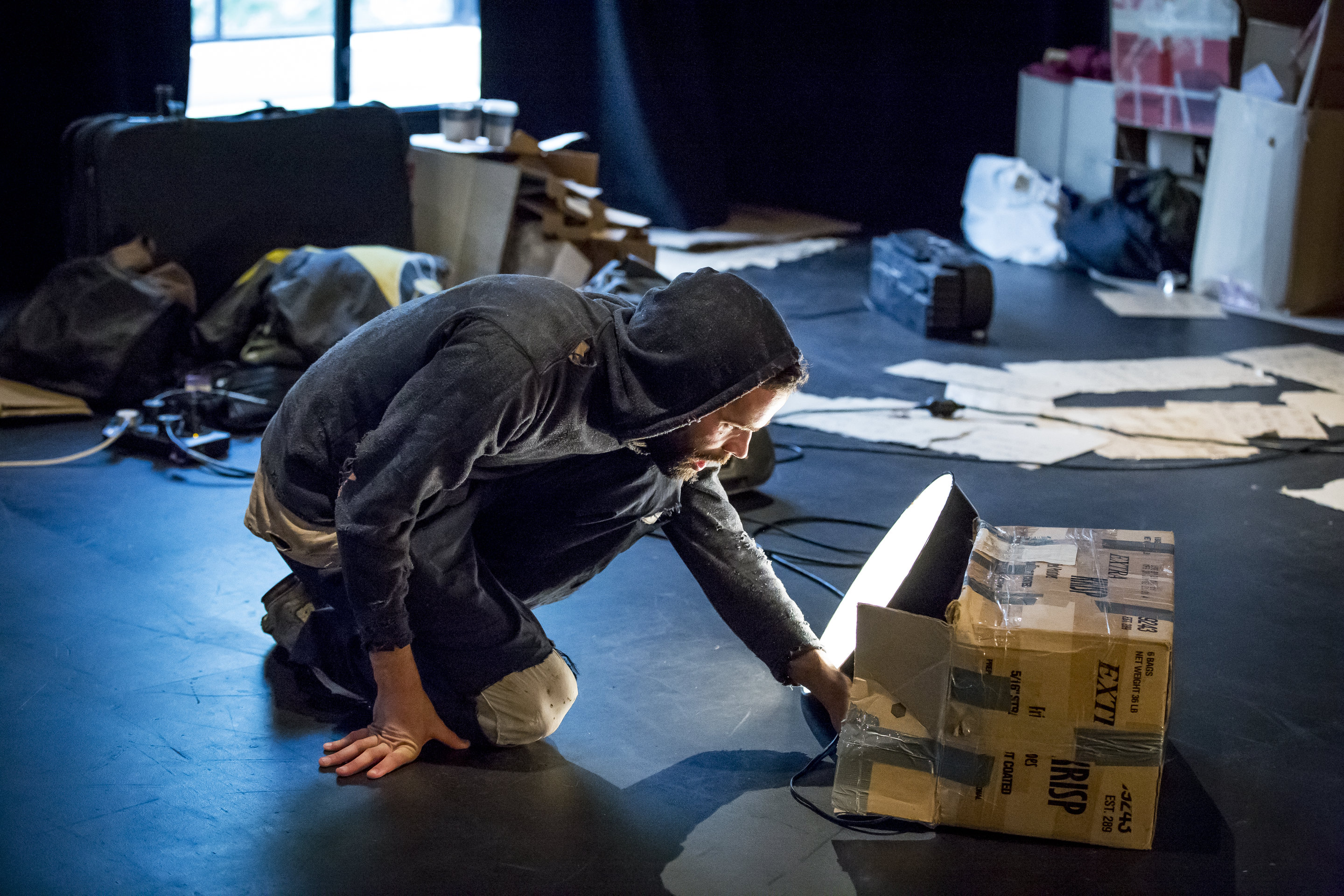 One Day Moko, devised and performed by Tim Carlsen, is a one-man show about a cheeky, charming and churlish ‘urban cowboy’ Moko, who lives on the city streets. The city is Moko’s turf, with its strip clubs, karaoke bars, fast-food joints and staunch bouncers. He sees everyone and everything, while scoring half–smoked ciggies from the gutter. Inspired by real encounters with people living on the streets, One Day Moko, directed by Leo Gene Peters, investigates how rebellion, opportunity and routine shape our
lives. Carlsen brings Moko to life, along with the many characters Moko meets in his often unpredictable world.

29 year-old Carlsen began developing One Day Moko at Toi Whakaari: New Zealand Drama school in 2009. During that time, he worked with acclaimed theatre company The Wooster Group in New York City, whose alumni and members include heavy hitters Steve Buscemi and Willem Dafoe. Carlsen says “performing parts of the show via Skype to the entire company was a highlight in the show’s development – from New Zealand to New York City”.

Research for the show has included volunteering for organizations such as Catacombs Dropin and the Compassion Soup Kitchen (Wellington, NZ) and the Auckland City Mission. From homeless football games to participating in the Mission drama group, Carlsen was able to get a glimpse into the NZ homeless lifestyle and developed ties with a large range of homeless clients. “It was the simple things – cooking instant noodles, making cups of tea and watching TV with a range of people that made me consider my own routine… and how this revealed universal habits that all human beings share”.

With its unique incorporation of song, audience and story One Day Moko is a visceral experience that will instigate recognition, reflection and debate among those who see it. One Day Moko is a raw and inspirational event, not retreating from provocation, and demonstrating we all have a vagrant within.