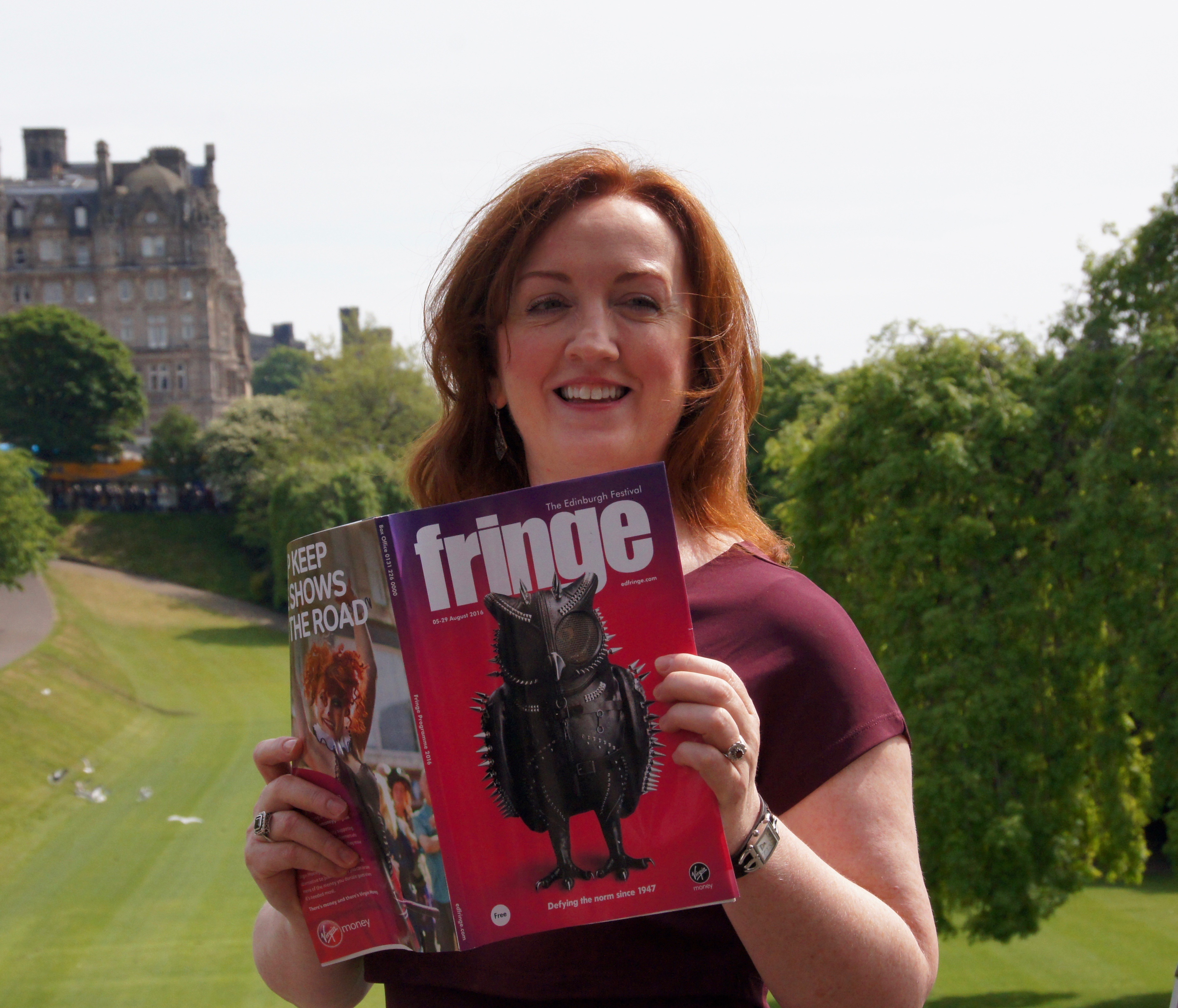 At the programme launch this morning Shona McCarthy the brand new Chief Executive took time to mention the new partners who are putting their weight behind the giant arts festival. Skyscanner is a new commercial partner this year, organising travel for those coming to the city this August. Gareth Williams CEO of Skyscanner said: “We are delighted to be working with the Edinburgh Festival Fringe in 2016. Skyscanner’s mission is to help people find great travel options at the best prices possible. With artists and audiences attending the Fringe from all over the world, Skyscanner is a perfect match, helping travellers to plan their trip and get the best deal out there.”

As well as the strategic partnership, the former boss of Skyscanner appears to be opening the doors of his property at St Stephen’s Church to C venues where there will be four performance spaces including a 450 seat theatre in the Grade A listed building.

Other new venues include the National Museum of Scotland which is partnering with Gilded Balloon where there will be a variety of comedy, theatre and children’s shows.

Merchants Hall will host a new partnership between Scottish spirit producers Arbikie Highland Estate and Mackenzies Catering where sit-down meals will be served to the accompaniment of jazz, soul, hip-hop, classical and folk.

At the Assembly Rooms the very first Edinburgh Digital Entertainment Festival will take place which will celebrate the crossover between technology and arts entertainment. There will be VR, games and digital theatre. Leith Depot will become a Fringe venue for the first time and Dragonfly cocktail bar in the West Port will become a comedy venue. The Queen’s Hall will be home to some of the top names from Scotland’s folk and traditional music scene, while C Venues – C South will offer a varied programme of theatre and family friendly shows in the grounds of St Peter’s Church.

The Royal Mile and The Mound will be central to the Fringe as always with street performers and buskers, all thanks to the support of Virgin Money.

Made in Scotland is made up of 19 shows curated from music, theatre and dance all made and produced in Scotland. Creative Scotland, The Edinburgh Festival Fringe Society, the Federation of Scottish Theatre and the Scottish Music Centre have all collaborated in this to highlight the diversity of Scottish performing arts.

From 01 August, for the third year running, there will be a collection point in Domestic Arrivals at Edinburgh Airport.

There are over 20 collection points throughout the city open during the Fringe. For a list, and for more information please go to edfringe.com.