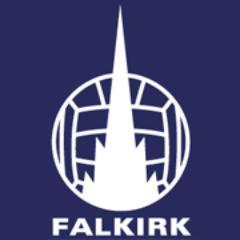 Falkirk manager Peter Houston is looking or three points tonight against Hibs at Easter Road which would go a long way to claiming second place in the Championship.

The Bairns currently sit six points ahead of Hibs who have two games in hand and whoever finishes second will have the advantage of avoiding the play off quarter finals against an in form Raith Rovers.

Hibs looked to be in the driving seat after last weeks win over Livingston however a shock defeat to relegated Alloa Athletic coupled with Falkirk’s last minute winner against St Mirren has swung the pendulum back toward Houston’s men.

After Saturday’s victory, Houston told the club website: “I wasn’t really thinking about elsewhere. Obviously I know about it and it does us no harm, but I always felt that we had to get the three points.

“We have to focus on ourselves, I’m glad we are making it tough for Hibs, because of their resourced many people felt that it would be between Rangers and Hibs, but with three games to go a wee club like Falkirk are six points ahead.”

“I don’t like going into football matches to try and play for a draw. I think we have to try and win the game, while being solid and tight. They have got talented players and guys who can cut you open, but we can go there with confidence simply because of the way our season has went.”

Lee(Miller)  has been great all season for us, when he’s called upon he puts himself in good positions and gets a lot of headers and knock ons for us. He takes a lot of knocks as well, but that’s part of football. He’s willing to dust himself down and go in where it hurts so that’s a credit to himself. He’s played at a higher level and you can see why he’s played at a higher level.”

“I thought there were some top performances from Tom Taiwo, Lee Miller and Will Vaulks at the back. We’ve got Peter Grant, Paul Watson and Conor McGrandles all out injured, our squad has been depleted, but I’ve got guys who will fill in and Will did that for us on Saturday. We are down to the bare bones and because of that we’ve got likes of Cameron Blues on the bench, but if it came to it and I had to put him on in the middle of the park I’d have no fear in doing that.”