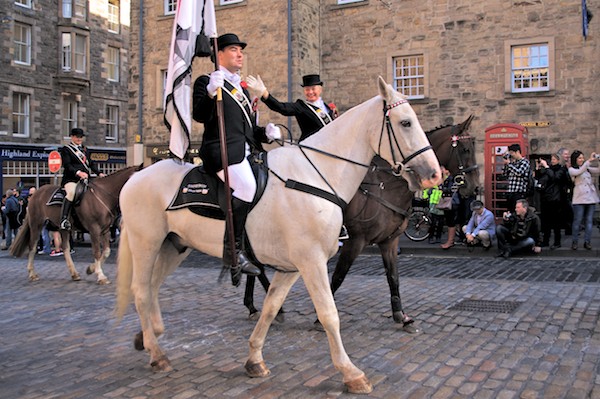 Edinburgh Riding of the Marches

Inverleith Festival of Walking and Cycling is today!

Jeremy Corbyn who went from being a reluctant candidate to the favourite was elected as the new Labour Party leader yesterday.

“We congratulate Jeremy Corbyn on his victory and hope that we can work constructively with him in a progressive alliance against Tory austerity. We also call on him to give an early commitment that Labour MPs will join the SNP in voting against the £100 billion renewal of Trident.

“However, the reality today is that at a time when the country needs strong opposition to the Tories, Jeremy Corbyn leads a deeply, and very bitterly, divided party. Indeed, if Labour cannot quickly demonstrate that they have a credible chance of winning the next UK general election, many more people in Scotland are likely to conclude that independence is the only alternative to continued Tory government.

“In the meantime, it is clearer than ever that the only credible and united opposition to the Tories, north and south of the border, is the SNP.”

Patrick Harvie has today congratulated Jeremy Corbyn on his victory in the Labour leadership contest in the face of attacks from the party’s right wing. However, Harvie remains doubtful of Labour’s ability to win back votes in Scotland, as the Scottish Greens prepare for a campaign to represent the left voice in the Holyrood election in 2016.

Patrick Harvie, MSP for Glasgow and Co-convenor of the Scottish Green said:

“Jeremy Corbyn is due huge congratulations for winning this election in the face of relentless attacks from Labour’s right wing. The debate, enthusiasm and ideas his campaign has invigorated have been missing from the Labour Party for far too long. Many of those ideas have long been held by the Greens, from sharing society’s wealth more fairly and ending vicious austerity, to more investment in sustainable jobs and the return of public services to public hands.

“However, all the signs suggest that those who hold power behind the scenes within Labour will do anything to stop the party from from returning to its roots, even with a capable, principled leader in place. It remains to be seen weather Corbyn can revive his party’s democracy before his position is undermined by those who have lost the democratic debate.

“For all his merits, Jeremy Corbyn has had little to say about how he would support a stronger voice for Scotland, and Labour north of the border is struggling to reconnect with the voters it lost during its cynical campaign against independece. That seems unlikely to change in eight months before the Holyrood election, and the Scottish Greens will be campaigning with our new membership to build a strong left opposition in the next Scottish Parliament.” If you see a couple of hundred horses advancing towards you later today then don’t worry – it is just the Edinburgh Riding of the Marches! One of the vantage points is outside the City Chambers where the Lord Provost meets the riders.

There is a festival on today and for the rest of the week in Stockbridge. The full programme is here!

***
Have a look at this time lapse video taken from the Maid of the Forth!

Posted by Maid of the Forth on Saturday, 12 September 2015