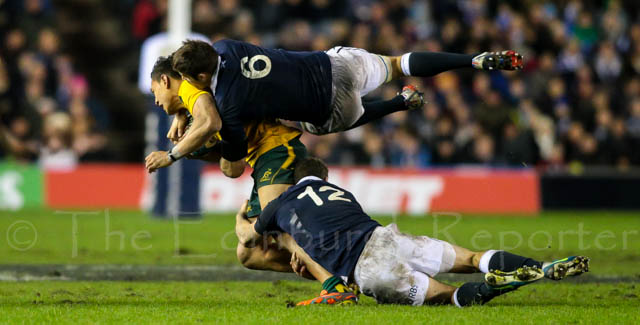 Edinburgh is set to become even busier this weekend (29/30 August) as 40,000 rugby fans descend on the capital, as well as thousands of festival-goers intent on enjoying the last weekend of events.

ScotRail has pledged to run every carriage at its disposal – and will continue to run later trains to key destinations, but is warning that, due to the huge numbers of people wishing to travel, customers may not be able to board the first train that they go for.

Queuing systems will be in place at key stations, including Edinburgh Waverley and Haymarket, and there will also be dozens of extra staff on the ground to assist customers.

A ScotRail spokesperson said: “We’re running extra services and carriages but this last weekend in August is going to be particularly challenging. Our advice is – buy your tickets in advance, be prepared for busy trains and allow extra time to get there and back, as you may have to queue to board. We would like to thank people for their patience at this hugely busy time.”

Customers are also advised not to drink or carry alcohol on trains to Edinburgh before the rugby on Saturday, and services from the Capital after the match has finished, as alcohol is banned on these trains.

Passengers should check their journey via www.scotrail.co.uk or the ScotRail app.

SCOTLAND are playing ITALY at BT Murrayfield Stadium in a Rugby World Cup warm up match.

Tickets for the Scotland v Italy warm-up match went on general sale on Wednesday 29th April, and are available to purchase at the official Scottish Rugby eTicketing website with prices from £15 – £25