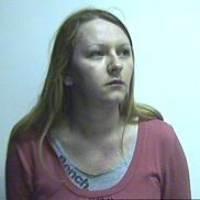 Police Scotland has today released an image of a woman that officers wish to trace in order to assist in their investigations into a number of dishonesty offences which took place between October 2006 and April 2013 when a number of frauds and similar crimes were committed across Edinburgh, Glasgow, the Central Belt and North of Scotland.

Large sums of cash and other items have been stolen or fraudulently obtained during these incidents.

Pauline Flett, 31, is described as being around 5ft 6 inches tall, of medium build, with blonde hair and she has a distinctive tattoo of a bat on her upper left arm.

She is also known to use the name Pauline Campbell and to alter her appearance and has travelled around Scotland, residing in Edinburgh, Glasgow and Grampian.

Officers are now asking anyone who can assist with their ongoing investigation to come forward.

Constable Chris Campbell from Leith Police Station said: “We are working closely with our partner agencies in an effort to trace this woman and I would urge anyone who can help us establish her current whereabouts to contact police immediately.

“Similarly, anyone with any further information relevant to our investigation can contact Police Scotland on 101 or, alternatively, information can be passed anonymously through the charity Crimestoppers on 0800 555 111.”