The flowering of the crocuses and the occasional glimpse of blue sky has alerted us to the fact that spring has officially arrived. But unofficially, we have also had snow here on the sheltered streets of Edinburgh and some pretty strong westerly winds. Up in the Highlands, that has meant blizzards and roads closed.

Spring has also meant “spring offensives” by the political parties as they fight for a place in the sun in the general election on 7 May.  Each day seems to bring a new policy announcement. The SNP have launched an economic strategy paper suggesting that equality is the way to greater prosperity. There is certainly a lot to do here with news this week that nearly three quarters of young people are paid less than the living wage of £7.85 an hour. As far as I can work out, the SNP plan is to push government funds towards the poor, in the form of child-care, mortgage assistance, help for struggling schools etc in the expectation that this will lead to more people in work and therefore more prosperity.

The Labour Party has already pledged to increase the legal minimum wage to £8 an hour and, for those young people still in education, the party in Scotland has said it will continue the SNP’s policy of not charging tuition fees for university. Gordon Brown has marked his retiral from parliament with a speech calling for a “reserve fund” for the oil industry. This, he said, would allow the government to enter into partnerships with private companies to mothball oil fields during periods of low oil prices, like the present.

Pity he didn’t think of that while he was Chancellor, said the SNP. They’ve also,   rather indelicately, pointed out to Mr Brown that Lord Ashcroft’s latest opinion polling has found that even his Labour stronghold in Kirkcaldy is in danger of falling to the SNP on election day. The constituency polls also make scary reading for Alistair Darling’s successor in Edinburgh South West, the Lib Dem’s Charles Kennedy in Skye and the only Scottish Tory, David Mundell in Dumfriesshire. All could be swept away on the nationalist tide.

But the SNP had their own scary moment this week when they came within five votes of defeat in the Scottish Parliament over their plans for a new NHS database. Apparently, our postcode is to be added to our NHS number and a whole raft of other public institutions will be allowed to use the new register, including the tax authorities. The opposition parties said it’s an attempt to bring in a national identity card by the back door. They didn’t quite use the analogy of micro-chipping, which, we learned this week, is being introduced for all dogs in Scotland from April next year.

I wonder if the new NHS database will help to improve hospital waiting times. On Tuesday we got the first weekly figures on waiting times and they didn’t make impressive reading. Only 86 per cent of patients in accident and emergency departments were seen within four hours, compared to the target of 95 per cent. Personally, I’m not sure our obsession with weekly figures is helpful. We all know that hospitals are becoming the safety net for those let down by other agencies, like GP practices, local authority care services and the police, who used to put Saturday night drunkards in the cells but now, it seems, they call an ambulance.

Local councils, of course, are struggling to keep services going in the face of the Westminster “austerity” cuts. A report out from Fiscal Affairs Scotland this week reminded us that councils have had a 10 per cent real reduction in their funding since the austerity programme began in 2009. And it warns that such chronic under-funding will bite even deeper in the years ahead. It doesn’t help that party in-fighting is causing the break-up of COSLA, the umbrella body for the 32 local councils in Scotland. Four Labour councils, including Glasgow and Aberdeen, are threatening to leave and form their own organisation to fight the SNP over funding for teachers, nursery places and social care.

Politicians are not the only ones mounting a “spring offensive”. Dave King, the Scottish/South African businessman looks certain to stage a come-back as a major shareholder of Rangers Football Club. He has warned though that the road to recovery “might be tough and it might be long but we’ll know where we’re going.”   The club, he reckons, will need at least £20m of investment and five years to get back to its place at the top of the premier league. I get the feeling that this long and sorry saga has some episodes still to go but to understand it I would need to attend a whole term of evening classes.

As a life-long cyclist, I’m glad to see that more and more people are joining me in the pot-holed cycle lanes. But then I live in “sheltered” Edinburgh where nearly 10 per cent of journeys are made by bike. That compares to just 1.6 per cent for the whole of Scotland. After years of cuts to the cycling budget, the Scottish gGvernment has stepped on the pedals this year and it’s increased cycle spending by 60 per cent to £39m. But that’s still less than 2 per cent of the total transport budget.

Still, spring is here. It’s no time for complaints. We’ll just have to put our heads down and pedal into the March winds. And admire the crocuses. 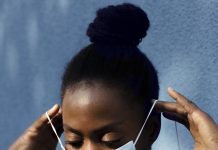