Inauguration of Naked Classics at The Usher Hall. This is a new series of the world famous classics played by the RSNO organised with the Edinburgh Evening News. The first evening will present Esa-Pekka Salonen’s Insomnia which is “an exciting, driving, orchestral thrill-ride”. All tickets cost £10 Flea Market at Out of the Blue Drill Hall from 10am to 3pm.

Newington Library is hosting a Graphic Novel Workshop for over fives today. Two sessions morning and afternoon. More details from Tales of One City.

The Smirnoff Co. is bringing the best of Miami’s nightlife to Edinburgh on March 19th for a truly unforgettable night – the type you look back on and say ‘I was there’according to the organisers.

Taking place at City nightclub, this unique event is the second stop of the long-awaited Smirnoff Nightlife Exchange Project – Miami Tour, which will see the extraordinary Miami nightlife experience land in three UK towns including Edinburgh.

Ensuring a truly unforgettable night, guests can expect a live performance on the Miami Live stage from one of the hottest DJ’s of the Miami scene – Damaged Goods who will be jetting in especially for the one off shows. A true pioneer of the dance music scene, Damaged Goods has gained a reputation as one of the premier DJ’s in Miami with his residency at infamous Miami nightclub Mansion as well as regularly playing the Miami Winter Music Conference. Party goers can expect a mash up of dance floor fillers spanning the cream of Electro, House, Hip-Hop, Dub Step and Trance to create a night to remember.

The Met Opera performs Lucia di Lammermoor live on screen at The Cameo at 17.00 More details on how to book here.

Tall Tales Oscar. A competition organized by The Scottish Storytelling Centre is back to find the biggest, most convincing, most fantastical tale. The cream of Scotland’s storytelling talent compete to spin the tallest yarn with deadpan or surreal conviction, but the audience decides the winner who walks away with the prized trophy: a leprechaun called Oscar.

Multi-cultural brunch at Out of the Blue Drill Hall.

Leading on from the success of recent events, World Kitchen in Leith present a Multi-Cultural Brunch serving up delicious dishes from around the globe. It will be a fun, family friendly day with live music, craft activities and story-telling for children (and grown-ups!) All the profits from the event will go to MCFB, a Leith based charity which provides services to vulnerable children, young people and their families from mainly black and minority ethnic groups within Edinburgh.


Booking for food is essential – to reserve a place please contact becky.robertson@mcfb.org.uk or phone 0131 467 7052

School For Scandal. An Et Al production. “This scandalous, funny play will be sure to have to captivated from the start”

Non – ticketed but donations will go to The Sarcoma Trust

Alongside the Multi-Cultural Brunch there will be an exhibition of Edinburgh artists work (various mediums, subjects & styles, prints & originals) for sale to raise money for MCFB a local charity working with vulnerable children and their families especially from Black and Minority Ethnic communities in Edinburgh.

More information about Leith Open Space & the World Kitchen and MCFB is available at the following websites: www.leithopenspace.co.uk and www.mcfb.org.uk 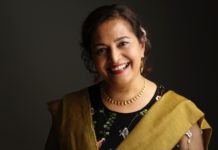