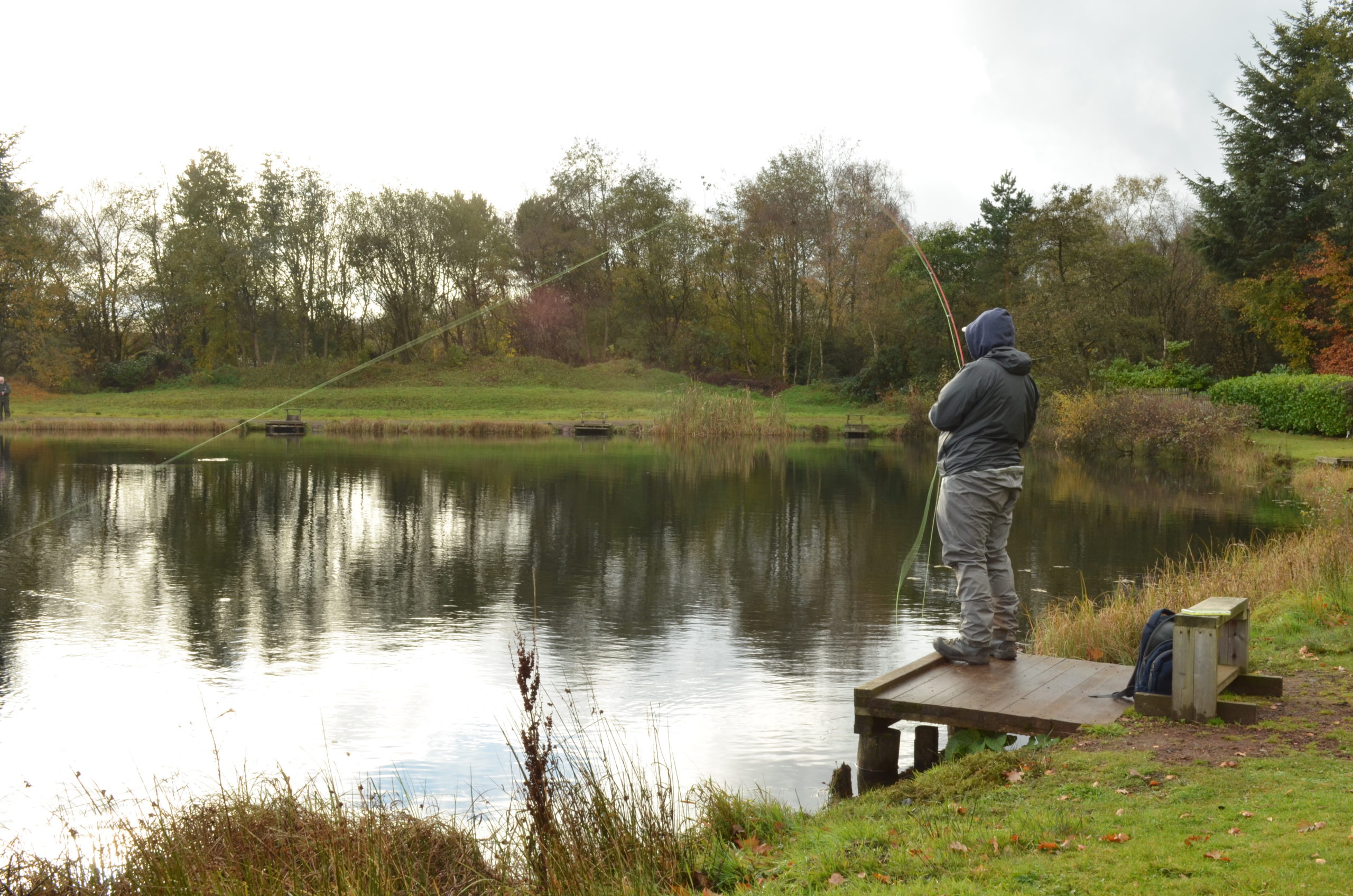 Allandale Tarn (pictured) hope to re-open again on Monday, July 26, if the water temperature at the popular fishery goes down.

Owner Iona Allan decided to shut the fishery next to the zoo at West Calder because of oxygen levels.

Temperature predictions for this week triggered the move and she said: “They looked well into the 20’s again. The PH of the spring fed waters are superb for these conditions however the water surface temperature has been steadily increasing so we’ll give the fish a well-deserved break.

Meanwhile, Iona produces fly patterns for fishermen all over the country and she has launched a new product, braided indicators

More and more fishermen are using indicators and the only man in Scotland producing this type of indicator retired recently.

She admitted that it took her some time to master hand making the indicators but they are now on sale at the fishery. They are also being marketing on social media and word spreads fast.

One angler made the journey from Ayrshire to pocket a few packs and the colourful indicators are said to be more sensitive to bites than others.

They come in different shapes and various sizes and Iona said they are easy to cast, particularly the bullet shape which is more aero-dynamic.

She added: “Indicator fishing is increasing in popularity and is particularly good for young anglers taking up the sport. They can be used on still waters and also on rivers, hence the small size.

“Buoyancy is good and the indicators can be used with a number of patterns including rabbit, nymphs and weighted egg and they can be worked in rough and calm conditions.

“Anglers seem to like them and I have taken time out from tying up popular patterns like yellow owls to make them.”

A packet of three retails at £3.90 and they are only available at the fishery.