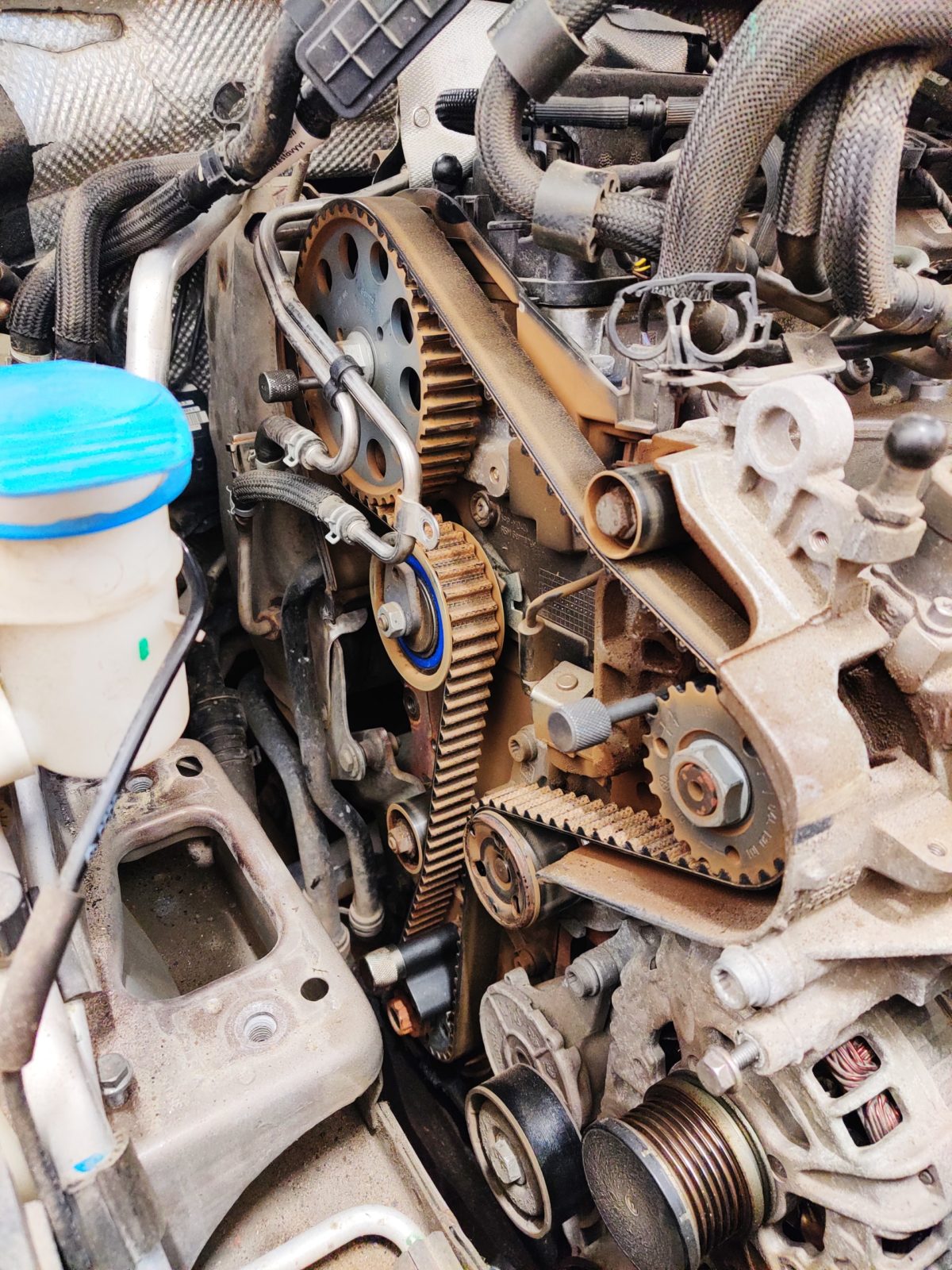 Why a timing Belt is important:

A timing belt is a part of a vehicle’s engine that is necessary for its proper working. It is used to connect the crankshaft to the camshaft and control the opening and closing of the engines exhaust and intake valves.

You can check whether your vehicle has a timing belt or not in the user’s manual. The main function of the timing belt is to make the crankshaft and camshaft turn at the right “times”. Similar to how the chain of our bicycles work connecting the pedals to the back wheel of the cycle.

If this timing is incorrect it could limit the amount of air intake with may mess with the combustion rate leading to complications in the engine. The valves and pistons would fall out of place without this timing belt. This is just a simple belt made up of rubber with teeth along its length but without this the pistons and valves could fall out of sync and collide with each other. Since the valves are pretty fragile and bend easily this could lead to a serious problem.

Here are a few brands that provide quality Timing Belts in the market. Timing belts Dayco, Gates, Bosch, SKF, Continental have proven themselves in the market for many years.

When to change the timing belt:

Since the belt is made of rubber and is constantly in motion it is susceptible to wear and tear. It will go out of use naturally. And as time passes your belt will eventually give in and break. In most engines the timing belt is not easily accessible or visible therefore its not possible to see when the belt should be replaced.

Hence, we take the manufacturers recommendations and change the belt according to the time it has been in use and the milage a consumer has covered with the belt. About 6-10 years and 90,000 and 100,000 miles is the limit give or take a few years or miles. The timing belt should be replaced when you suspect that it has begun to wear and tear due to excessive use. If it breaks mid usage or if you’re on the move it can lead to trouble and can cause heavy damage inside the engine giving you a hefty repair bill.

What can a timing belt rupture lead to?

This mostly depends upon the type of engine your car is running on. If the engine is an interference engine it could have major damage.

As time passes and the timing belt ages it will experience wear and tear because it has been stretching, cracking and weakening all this time. If not changed at the proper time it could easily break and cause a lot of damage to various parts of your engine like the valves and the pistons.

As the belt breaks while the car is running various parts in the engine like crankshaft will still continue to rotate because of inertia and it may collide with some of the valves that were left open resulting in heavy damage to the engine which could lead to a destroyed cylinder. The damage is less if you have a non-interference engine.

But the engine will still stall leaving the car useless. Replacing the belt, can be a bit expensive and it’s not because the belt itself is expensive instead it’s the location the belt is situated inside your engine. The mechanic has to open up the entire engine to change the timing belt of the engine and it can be a pretty long haul.