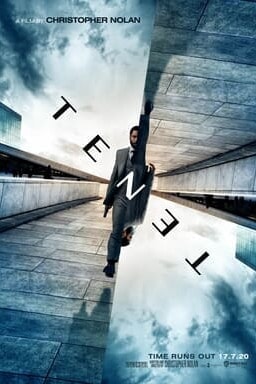 Christopher Nolan has done it again.  ‘Tenet’ is a palindrome which should give you a clue as to the nature of this spy adventure through both time and space of operatic imagination.

For all its fantastical ideas and themes, Nolan and co. have clearly worked hard at creating a world where the parameters of time-travel can exist within the realms of possibility.  For those of you reading this review for answers to questions regarding the plot, unfortunately you are going to be disappointed for it is about as easy to grasp as a mirage in the desert.  Classic Nolan!

We follow the time-immune leading character of The Protagonist (Washington) as he is charged with saving the world from a descent into World War Three.  As it transpires, there are much higher stakes at hand should he fail as he is aided by his handler Neil (Pattinson) and art auctioneer Kat (Debicki) in attempting to outsmart the snarling villainy of Russian oligarch Andrei Sator (Branagh). Sator’s outwardly uncomplicated world of arms dealing poses a much more serious threat to civilisation should he succeed in his ultimate endeavour that also eludes the very fabric of reality.

Rest assured, this film will leave you with more questions than answers as to its design and the players of the game.  Uncomplicated, it appears, is absent from the Nolan vocabulary.

After collaborating with Nolan on ‘Interstellar’ and ‘Dunkirk’ in 2014 and 2017, respectively, Hoyte van Hoytema returns as cinematographer.  He has plenty to work with, making the most of an attempted murder on a high speed sailing boat and a Boeing 747 crash at an airport among other standout sequences in locations in seven countries spread across the globe.  Action set pieces, from an attack at the opera to a highway getaway and pursuit, are breathtakingly staged but it is the realisation of the idea of inverted time on film, through individual characters interacting in reverse to a world moving forward in time around them – that is what is truly phenomenal about this film – and yes, that is as easily as I can explain it.

While the bombastic and frenetic score by Ludwig Göransson elevates the gravitas and tension from the outset to energetic effect (similarly to his Oscar winning effort for the acclaimed 2018 superhero monument ‘Black Panther’) it also has a tendency to overpower dialogue essential to our understanding (however futile) of the plot of a film where no amount of information can afford to be missed or ignored.

A minor issue but one that holds potentially major implications in a time-travel-esque film (which are always challenging to execute due to the nature of time-travel having varying rules depending on the world in which the story is set) and therefore the source of my only specific criticism.  But don’t let that put you off.

Expect award nominations for picture, director, original screenplay and supporting actor for an upcoming awards season whose structure is also as concrete as the plot of this film.  Woe betide the casual viewer among you that neglects to pay attention.  ‘Tenet’ takes no prisoners.

Watch out for Nolan’s self-described good luck charm Michael Caine in a pivotal, albeit cameo, role as Sir Michael (not as himself) and admire Branagh for a dripping Russian accented bravura performance of volcanically powered torment, as a surprisingly complex role of the antagonist as that of Washington as The Protagonist.  Who is driving the story?  Where does it actually begin?  Where could it really end?  I can’t decide. At least Nolan knows what’s going on.

Praise be to distributors Warner Bros. Pictures for continuing to support the high concept creative ambition of Nolan with production and marketing budgets in the hundreds of millions, and committing to global cinematic releasing during an unprecedentedly volatile marketplace.  For those tiring of the seemingly endless parade of sequels, prequels, remakes and reboots pumped out by Hollywood, that have now become the financial backbone of a risk averse film industry, (even before the strike of the coronavirus pandemic made taking risks on this scale increasingly unlikely), your thirst for intensely challenging original storytelling from major studios can be quenched in the form of ‘Tenet’.

Despite Covid-19 shuttering traditional theatres worldwide for months depending on locale, with some still closed for business or only open in limited capacity, ‘Tenet’ will be noted both for its own artistic merits in isolation and its financial performance. Where the once hallowed opening weekend in domestic and international markets simultaneously may have become obsolete, that will inform the release strategies of blockbusters from other major studios to come.

And most importantly, audiences are willing to experience stories that can stand on their own free from the advanced brand recognition baggage of franchises and universes.  The scientist Laura (Poésy) nonchalantly explains the laws of physics regarding time inversion of objects to the protagonist around the start of the film. She provides the catalyst for his mission and advice for ‘Tenet’ audiences everywhere: “Don’t try to understand it.  Feel it.”

“Welcome to the afterlife.”

‘Tenet’ is in cinemas now. 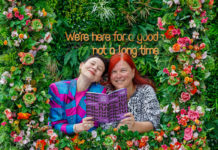 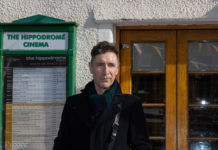 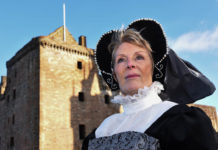 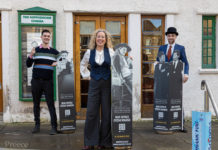