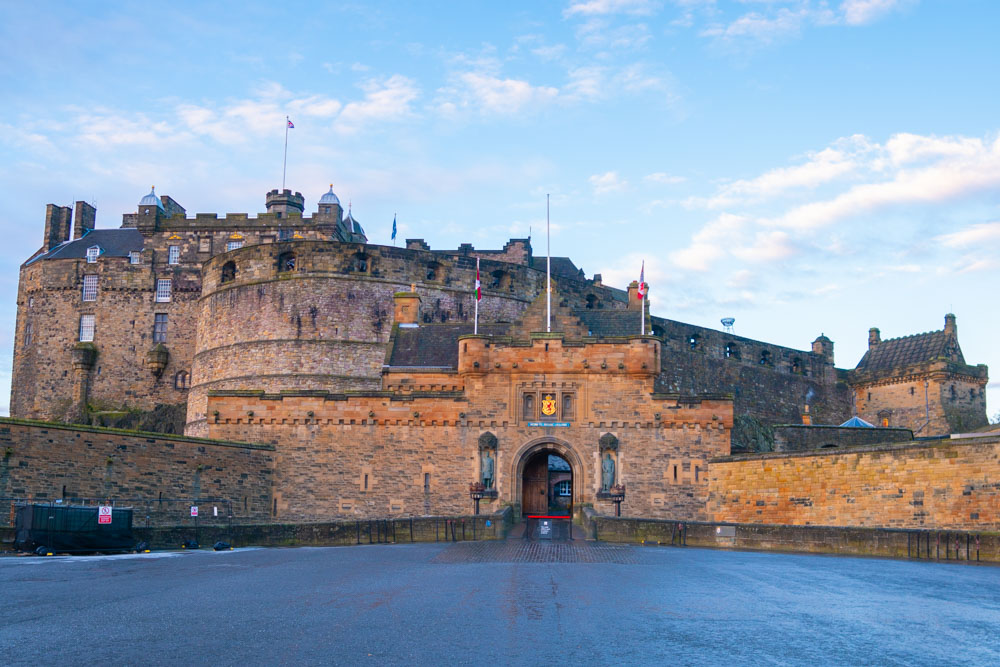 As the World Health Organisation keeps the grim tally of CO-VID 19 Scotland is awaiting its first case of the infection, at least at the time of writing. It’s difficult to know how alarmed we should be. Of the 81,000 cases and 2,700 deaths, most of them are in far-away China and out of a population of 1.4 billion.

But as we’ve seen, globalisation has raised the risks.  There are around 500 cases in not-so-far away Italy and 15 in England.  Scotland’s Chief Medical Officer, Dr Catherine Calderwood, said on Tuesday that it’s almost inevitable that we will have some cases here.

So far, nearly 500 patients have been tested but none have proved positive.  The Scottish Government has drawn up contingency plans which include a possible ban on sporting and entertainment events and the closure of schools. People have been warned to look out for flu-like symptoms, self-isolate, and to seek advice on the phone and not to go near hospitals or health centres.

Fear of the “plague” runs deep in the human condition.  For me, Daniel Defoe captured the sense of panic and helplessness most frighteningly in his “Journal of the Plague Year”, an account of the Black Death that killed a quarter of the population of London in 1665.  But we have been frightened enough in recent years with the SARS virus in China in 2003 and the Ebola outbreaks in Africa in 2013 and 2019.

And it’s not only fear of the illness itself but of the breakdown of our normal way of life – panic buying, travel disruption, business lost. The Scotch whisky company Diageo, for instance, expects to lose up to £200m worth of sales.

When our MSPs were not looking over their shoulder at the coming “plague”, they were arguing over next year’s Budget.

It was eventually approved in principle when the Greens supported the SNP government to push it through parliament.  In return they were promised a transport scheme which will mean that those 18 years-old and younger will get free bus passes.

There will also be £95m more for local councils and £18m for the police. The extra money has been found from this year’s “underspend” and from the expected boost to Scottish Government funds from the Chancellor’s expansionary Budget due in mid-March.

MSPs also passed a piece of pioneering legislation on “period poverty”. Under the new law anyone who needs them will be entitled to free sanitary products.  It follows a campaign led by the Labour MSP Monica Lennon, often featuring school girls speaking out bravely about the cost of simply being a woman.  The government was initially against the proposal, saying that free sanitary products were already provided in schools and GP surgeries. But under pressure from the campaign, it changed its mind and supported Monica Lennon’s bill, although it says a lot of work will have to be done to make the new law work in practice.

It was a bitter week for Baron Steel of Aikwood, one of Scotland’s longest-serving politicians.  He retired from the House of Lords and from all public life at the age of 81, but not gently.

It followed a report from the independent inquiry into child sex abuse in and around Westminster. In it he was accused of “abdicating his responsibility” for not taking action against the MP Cyril Smith when he was told of allegations that Smith had abused young children. It all happened back in the 1980s when Steel was leader of the Liberal Party. One might argue that that was a different age and that others were closer to Smith’s activities in Rochdale. But Lord Steel has decided to go into retirement to avoid what he called “turmoil” for his party and his family.

It’s a sad end to a brilliant career during which David Steel began as the youngest MP at Westminster, represented the Borders for 32 years and led the Liberal Party after which he was elected to the first Scottish Parliament, becoming its first Presiding Officer.  He always said politics was a noble career, and so it is, but every mistake is cruelly punished.

On these cold and frosty mornings I’ve been watching the children at my local primary school queue on the pavement to board buses to take them to their temporary classrooms after a fire destroyed part of their 1950s building.

It’s the latest of a series of school fires which have caused havoc in many households across Scotland in the last year, from Dunfermline to Peebles and, this week, another at Invergordon in the Highlands.  The first two were deliberate, the latest two were accidents, but each fire seems to cause an inordinate amount of damage before it is discovered. What, I wonder, has happened to the fire alarms? Are the buildings properly maintained?  Are these fires the results of “austerity” in the education budget?

Finally, we were treated to another example of nature’s cleverness this week. Researchers at Queen’s University Belfast have discovered that our native red squirrels have learned over millennia to flee from the scent of pine martens.

Grey squirrels, on the other hand, have only recently been introduced to Britain from America and have not yet learned this trick of survival.  So pine martens make short work of the greys, and thus are our allies in protecting the reds.

I wonder if we humans could learn to be more aware of our predators, however microscopic they might be.