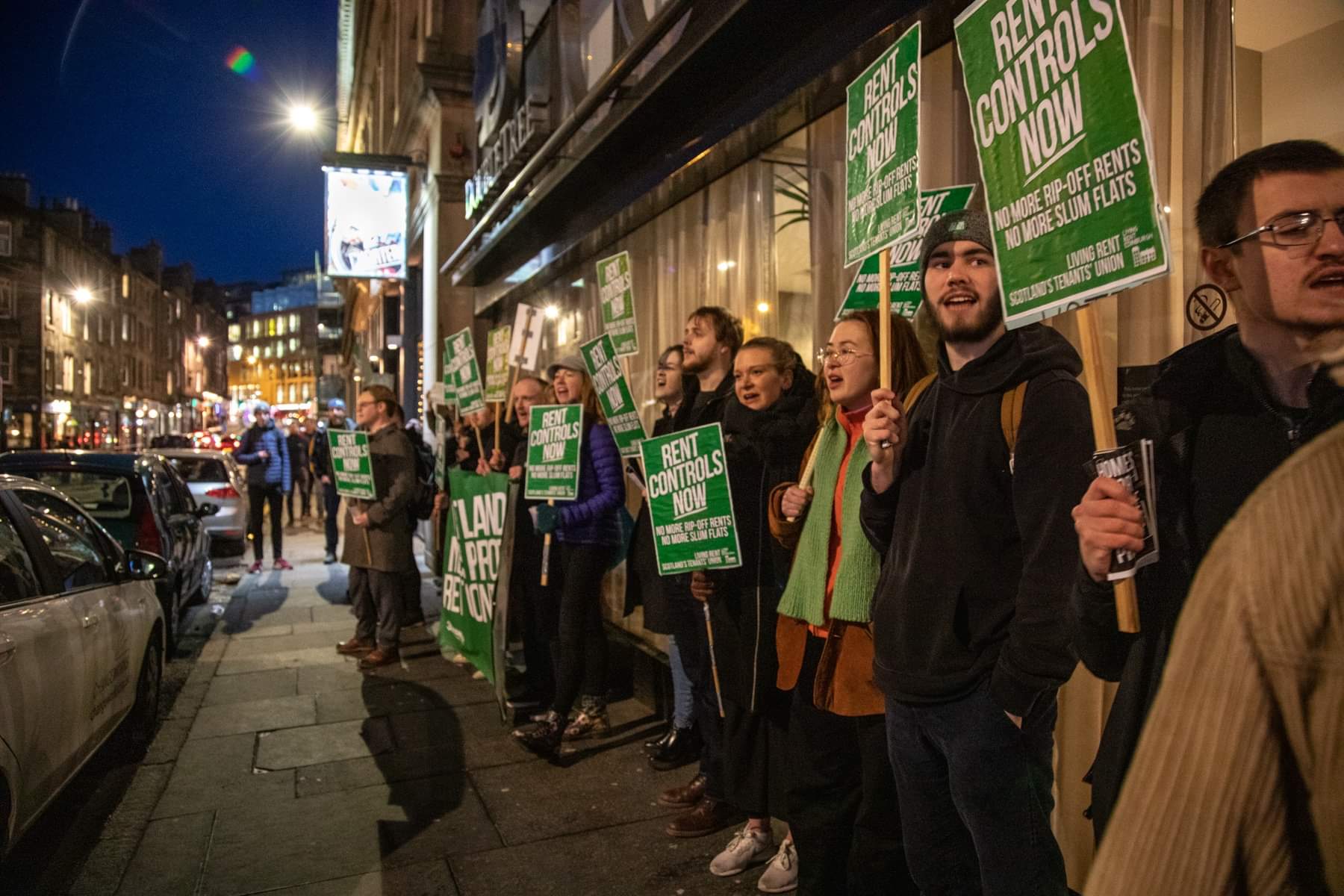 The group organised the protest against what they call “parasitic housing practices”.

The Edinburgh event was cancelled when protesters inside challenged the organisers on the “morality” of what they were talking about. There is no way of contacting the organisers through their website, but there is a video on their site featuring Martin Roberts who was not at the event itself, although the Under the Hammer host headlines the events.

The promotional material said that landlords would learn how to “maximise their profits”, “make money while they sleep”, and “live the life they deserved”, but the protesters say that this would only drive up rents and force tenants into poverty.

Around fifty protesters gathered outside, chanting and handing out flyers to members of the public, while a number of protesters inside the event challenged the organisers over their approach.

After about half an hour the organisers called off the event and those in the room were ushered out.

The union say these sorts of events underline the need for The Scottish Government to introduce rent controls, which they say are necessary to stop tenants being forced into poverty by “sky-high rents”.

Eve Rogers, one of the protesters inside, said:“The presenters point-blank refused to face up to questions about how their parasitic, speculative pursuit of profit are directly linked to the housing crisis. These people want to make fortunes while they sleep, but they can’t pretend that there are no ethical questions behind what they’re doing. Nor can they expect tenants to simply sit back and let it happen while our lives are made a misery.

This approach –  treating a house as some kind of investment, rather than as a home for people to live in – is the root cause of so much homelessness, poverty, and shocking living conditions. But housing is a fundamental right, and that’s why we’re demanding the government introduce rent controls across the country.”