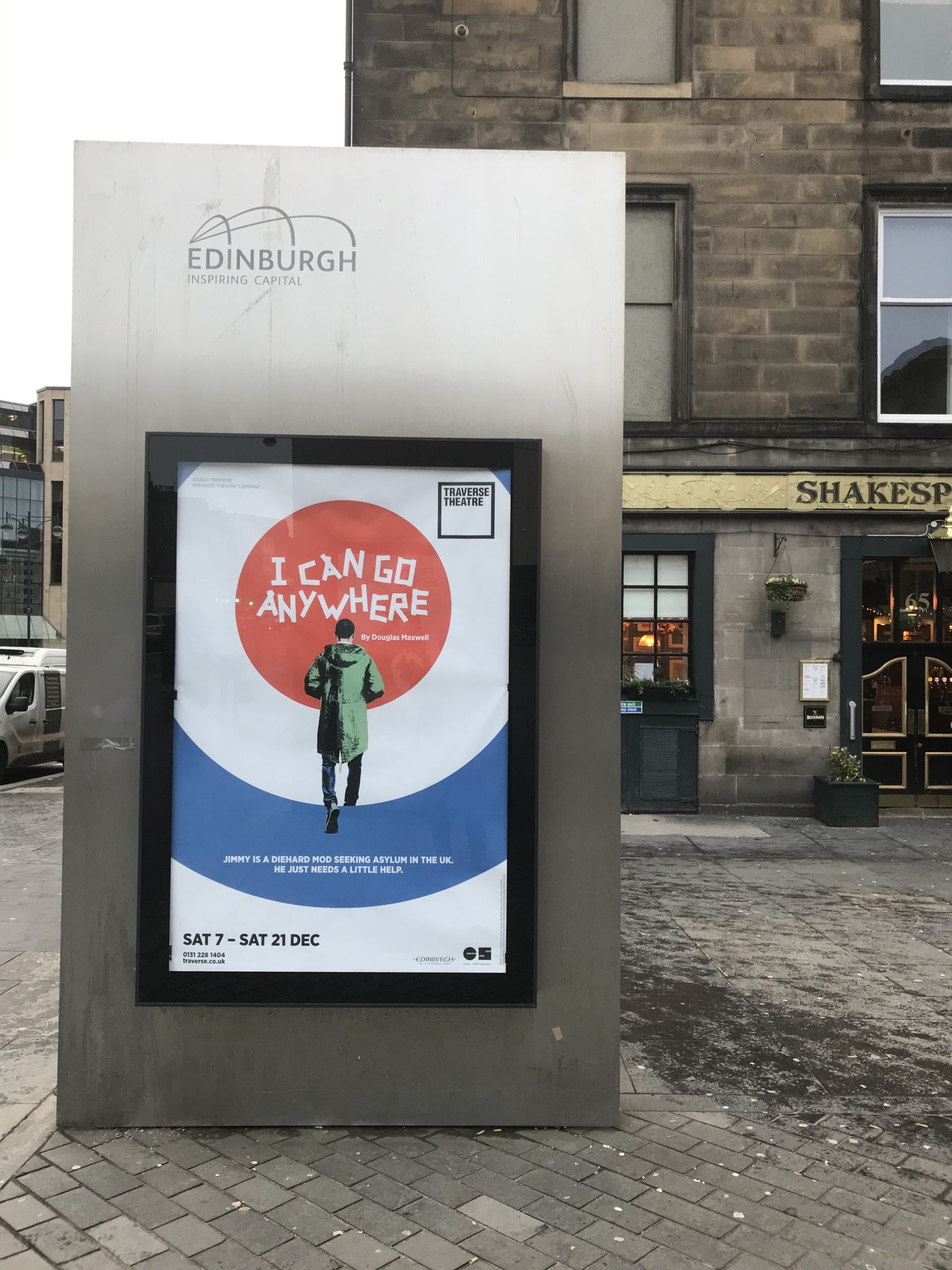 British Mod life has inspired countless musicians, writers and artists since the subculture developed in post-war London among young jazz lovers during the 1950s.

I Can Go Anywhere is a vital addition to the canon which challenges the current heritage and retro conventions of the culture today. It begins very much as a comical two-hander when Mod disciple Jimmy shows up at the door of Stevie, a washed-up academic, quaffing red wine while recovering from a divorce.

For wide-eyed Jimmy in his parka, Italian suit and desert boots, Stevie is something of a leading light but there’s more to his visit than just getting a copy of the author’s book signed. Nebli Basani is a force of nature playing a refugee who wants to put his past behind him to be fully immersed as a Mod.

The actor, who is of Albanian origin but grew up in Scotland, plays a character who is determined to keep a lid on his suffering until an altercation with Stevie (Paul McCole). It’s a shocking moment when his brutal history is only briefly touched on.

Beautifully written by Douglas Maxwell this is the kind of play that should be touring Britain at a time when the country’s values and identity are being called into question.