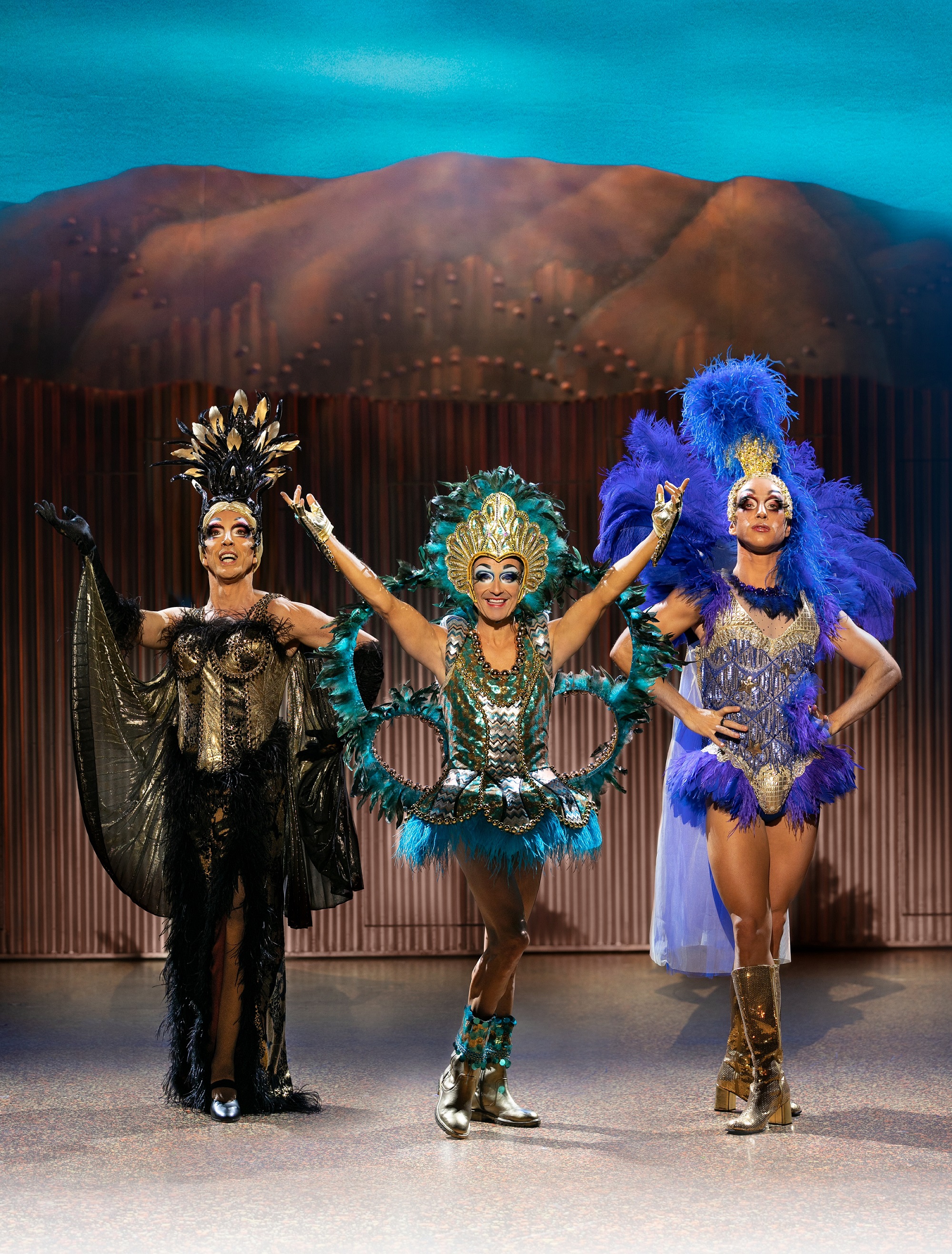 Priscilla, Queen of the Desert struts its way into the Edinburgh Playhouse this week to provide much needed feel-good factor in these turbulent times.

Former Strictly Come Dancing winner and Heartbeat actor Joe McFadden is the headline act of the show. He plays Tick, who is married to a woman but whose alter ego is Mitzi, a drag queen. The story centres around Tick/Mitzi heading to Alice Springs in Australia on a battered old bus nicknamed Priscilla to meet his young son – who he has never met. Travelling with him are a couple of old pals, fellow drag queens Bernadette, quite brilliantly played by Miles Western and Felicia, played by Nick Hayes.

All three pals have a reason for heading across the desert. As well as Tick/Mitzi looking to find his son, Bernadette is in mourning following the death of her husband while Felicia is a huge Kylie Minogue fan who yearns to sing on the top of Ayres Rock in Australia’s Northern Territory.

Inevitably such a long journey across the Australian desert brings its troubles and Priscilla constantly breaks down, one such occasion leading to a scene where the queens find their bus daubed with homophobic graffiti.

However, there is an uplifting beat to the show, and we hear the three old friends heart-warming stories and their individual and collective hope is that the epic journey will somehow realise their individual dreams and make them even closer.

The show is, of course, full of disco classics (if there can be such a thing as a disco classic) which the audience know and love and is probably the main reason for them going to the show in the first place. There are far too many to mention in this review but if you strutted your stuff on the disco floor in the 1970s and 80s you’ll recognise all the songs.

McFadden puts his heart into the performance and the scene towards the end when he finally meets his son is genuinely touching. But, for me, Miles Western’s performance as Bernadette was the highlight of the show and deserves great acclaim.

While the cast and costumes are superb the sets are not quite in the same league. They seem rather tired and laboured and one can’t help feel the cast deserve better. Yes, most of the show is meant to be in the desert but surely the production team could have stretched to a bit more than a few pieces of corrugated iron.

All in all, however, the show is great entertainment and the songs will have you wanting to leap out of your chair and dance. The standing ovation given to the cast at the end by a near full house at the Playhouse was fully deserved.

Priscilla, Queen of the Desert is on at the Edinburgh Playhouse until Saturday 9th November 2019. Tickets here: