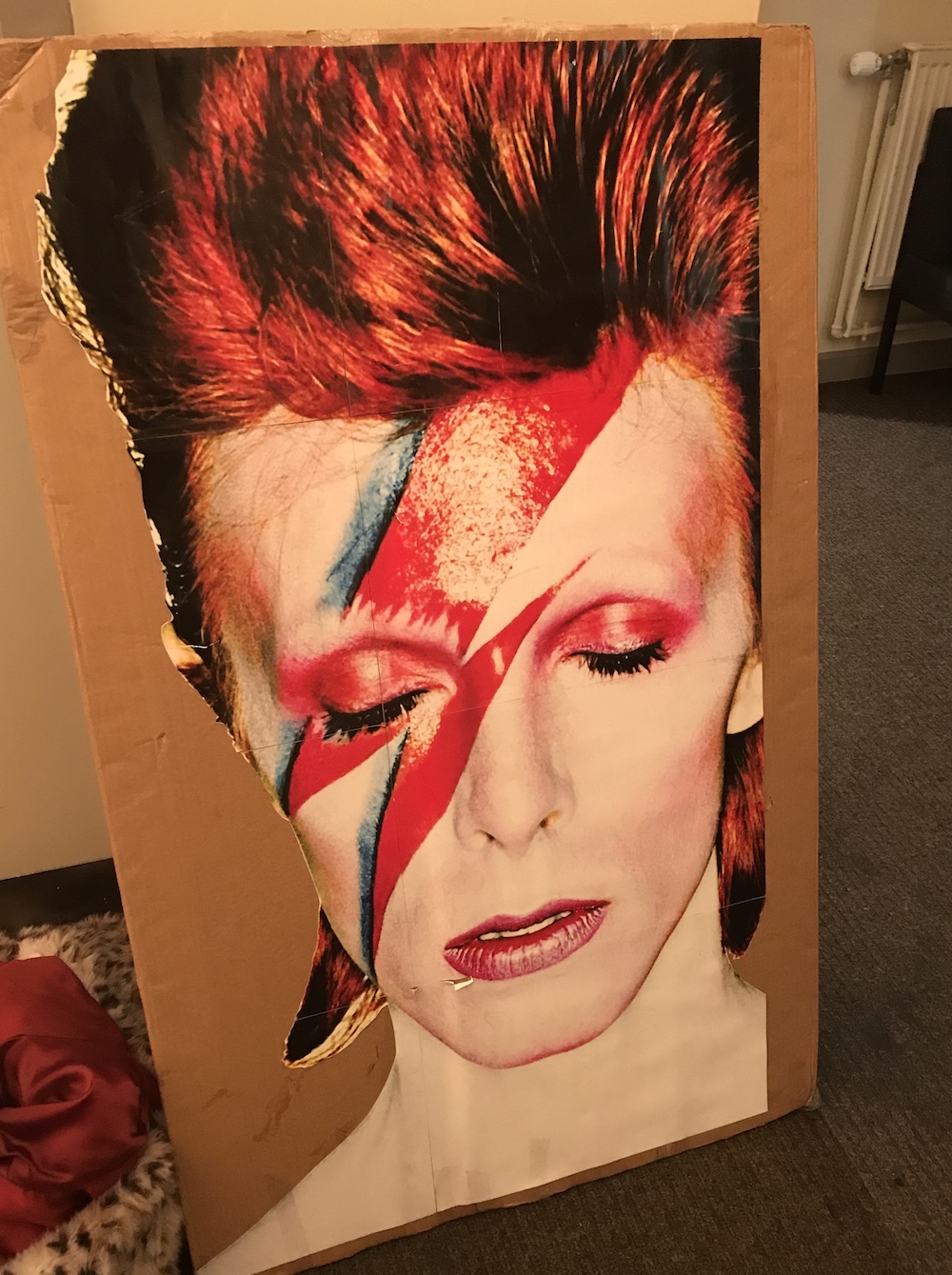 “A drowning surrealist will not appreciate/the concrete lifebelt” points out the Liverpudlian poet Roger McGough.

We are told to “expect the unexpected” as The Scottish Arts Club comes to represent Cabaret Voltaire for this early evening performance. The Dada Surrealist Appreciation, Re-Enactment and Preservation Association is lead by the Professor (Duncan Comrie) who presides over the nominations of David Bowie and Lady Gaga into the society.

Two young enthusiasts present their case for each artist. Bowie, an artist, in the spirit of Dada wrong-footed his mainstream audience often. A pop artist releasing something as textural and strange as Low at their peak would be impossible today.

The audience ring little bells, voting (for the first time in this run unanimously) that Bowie should be accepted. It’s a merrymaking show which dabbles in complex ideas while referencing Bowie’s deployment of the surreal and avant-garde in his art.

In particular the show highlights the fact that Dali’s silent classic Un Chien Andalou was shown before The Thin White Duke appeared on stage during the Isolar Tour in 1976, 60 years after the movement began.

More than 100 years on since the concept was introduced, a show at the Fringe keeps this mind-altering art concept in the discussion with lashings of Glasgow humour.

Summer 2018 at The Scottish Arts Club