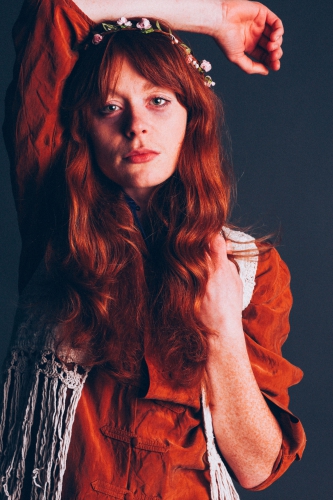 For an hour each afternoon this month, the Pleasance That theatre is transported to Texas in 1969 for Girl From Nowhere.

That this is achieved through the use of a few cardboard boxes and some judicious lighting and music is a credit to director Whitney Mosery and sound and lighting director Paul Mackley. But the most plaudits have to go to the writer and performer of this powerful one-woman show, Victoria Rigby.

Emerging in period dress and fidgeting as she prepares to relate her story, Jeannie seems an unlikely rock’n’roll heroine as she prowls her childhood bedroom in small time Coyote Creek. But when the show approaches its climax and Rigby brings herself to the full height of the intimate venue to belt out a bluesy number, it’s easy for the audience to imagine that we are in a sweaty club in Austin in the presence of a Janis Joplin-like figure.

While the characters Jeannie describes – the small-time country boy, the beautiful hippie drummer, and the disapproving mother – are all indicative of a time and a place, Girl From Nowhere is also a painfully contemporary show that evokes the problems faced by a strong, talented female figure attempting to break out from the paths that are dictated to her. The strength of the show comes not least from the fact that while the audience are rooting for Jeannie to succeed, her aggression and direct manner are measured out to reveal a conflicted, three-dimensional woman trying to find her way in impossible circumstances. She’s someone you’ll want to meet during the course of this year’s Fringe.